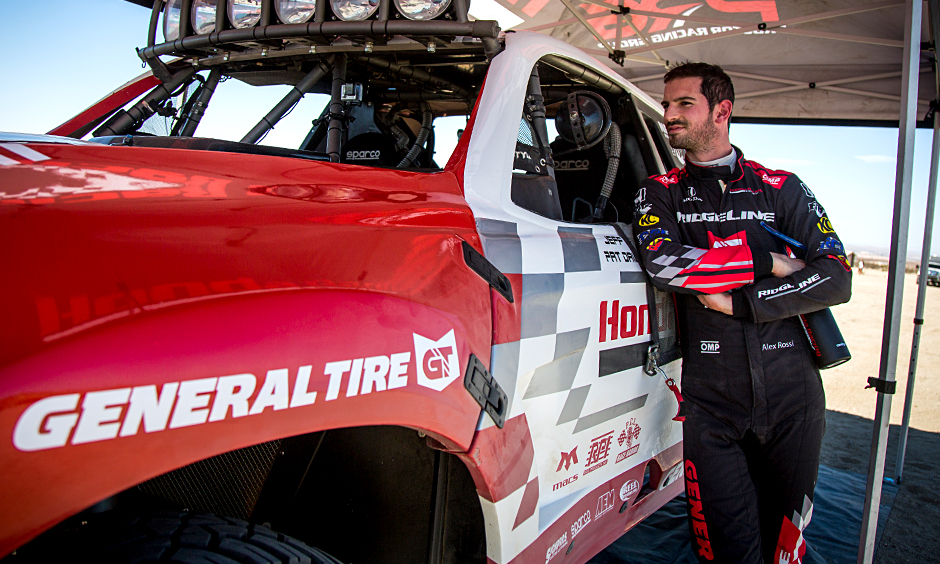 Rossi ready to take on off-road challenge of Baja 1000

Competition began Friday for the iconic SCORE Baja 1000 off-road race in Mexico, with Rossi co-driving a Honda Baja Ridgeline race truck with veteran Baja winners Jeff Proctor and Johnny Campbell, and fourth driver Pat Dailey.
In the weeks leading to the team’s departure for Baja, Rossi completed several days of initial testing with Proctor and his Honda Off-Road Racing Team, followed by a week of “pre-running” the actual race course.
Team owner/driver Proctor, who took the Ridgeline to Baja 1000 class victories in both 2015 and 2016, welcomed Rossi to the world of off-road racing.