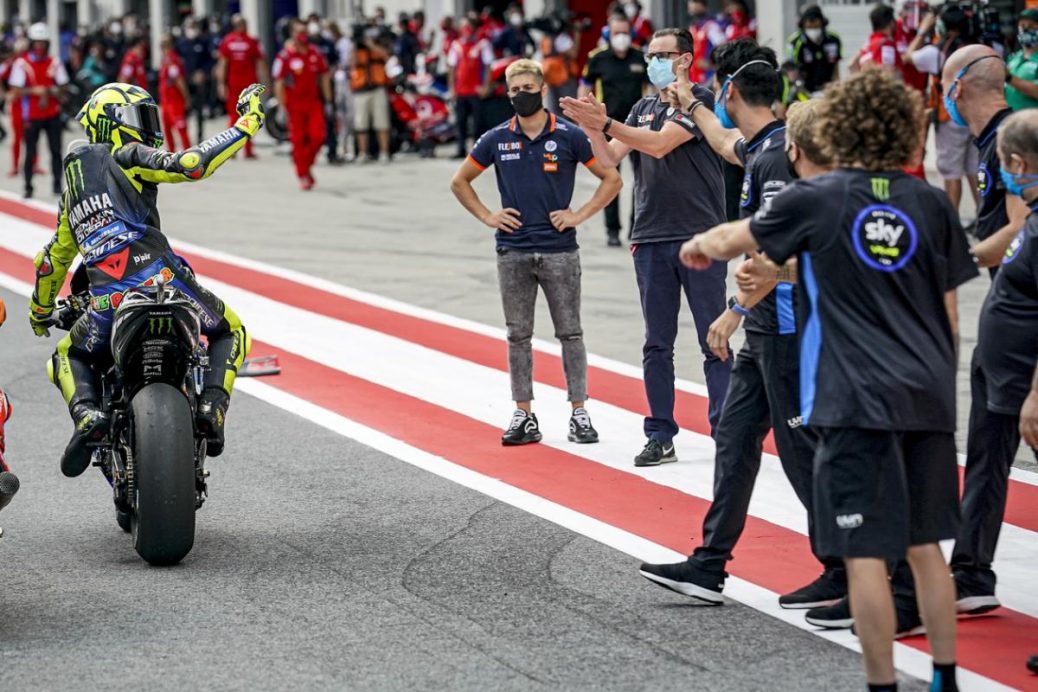 At 41 years of age, Valentino Rossi (Monster Energy Yamaha MotoGP) produced the goods again to finish P5 at the 2020 myWorld Austrian Grand Prix as the leading Yamaha rider. So what did Rossi have to say on the incident after the race? With these bikes, at 300km/h you have the slipstream, so Franco didn’t have any chance to brake. The Doctor then goes on to talk about his race after the restart. Unsurprisingly, Rossi admits that he found it difficult to restart the race after what had happened. So I restarted and in the race I was good, I did a good race. For us, with the Yamaha, here is not easy because we suffer with top speed so it’s very difficult to fight with the other bikes, but I had a good pace.