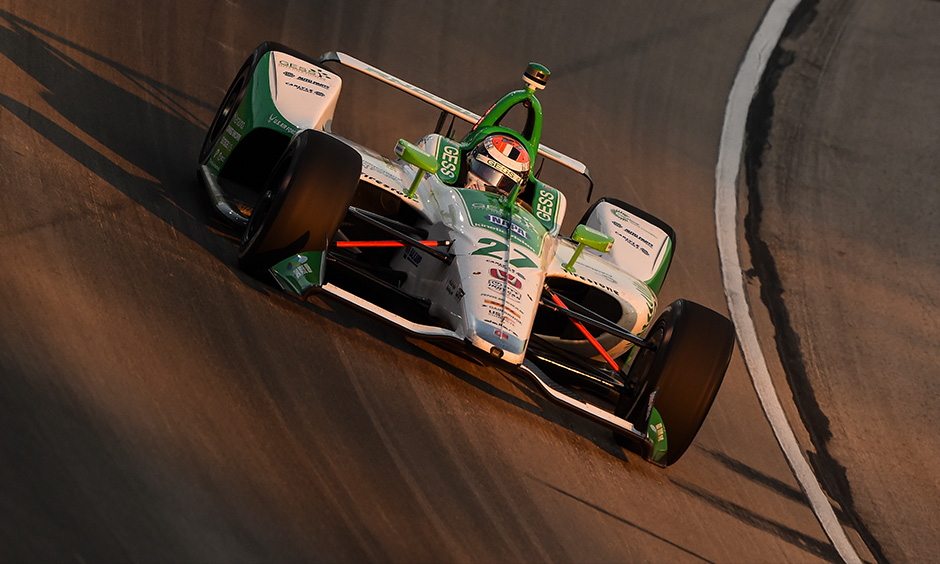 Newgarden and Rossi were running 1-2 at the final restart of the race from a caution period that ended on Lap 236.
Repeatedly, Rossi would get a run coming off Turn 4 of the D-shaped oval and attempt an outside pass as the duo raced through the dogleg at start/finish and into Turn 1.
Alexander Rossi: “While not discounting the fact that he’s run up front all season – with a win at Long Beach in April and top-five finishes in all but two of the first nine races – Rossi rued what he felt was another victory opportunity ripped away by a timely pit stop from Newgarden.”