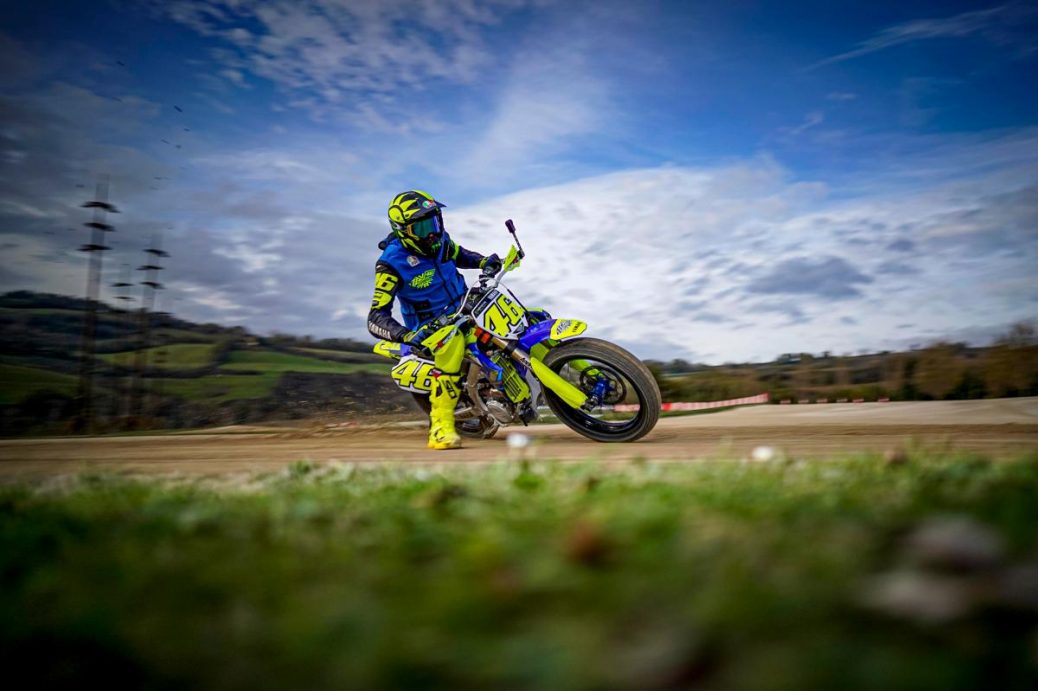 In Tavullia, 1 December 2019, Valentino Rossi and brother Luca Marini won the sixth edition of the 100km dei Campioni after a race-long battle with Franco Morbidelli and Andrea Migno.
Elia Bartolini entered the first corner ahead of the group followed by Rossi, Migno and Stefano Manzi.
During the first bike swap Marini, teaming up with his brother Valentino, gained the head of the group chased by Morbidelli and Lorenzo Baldassarri.
This allowed Marini to overtake Franco and gain the lead of the race which he manages to keep util the finish line winning the 100km dei Campioni together with his brother Rossi.