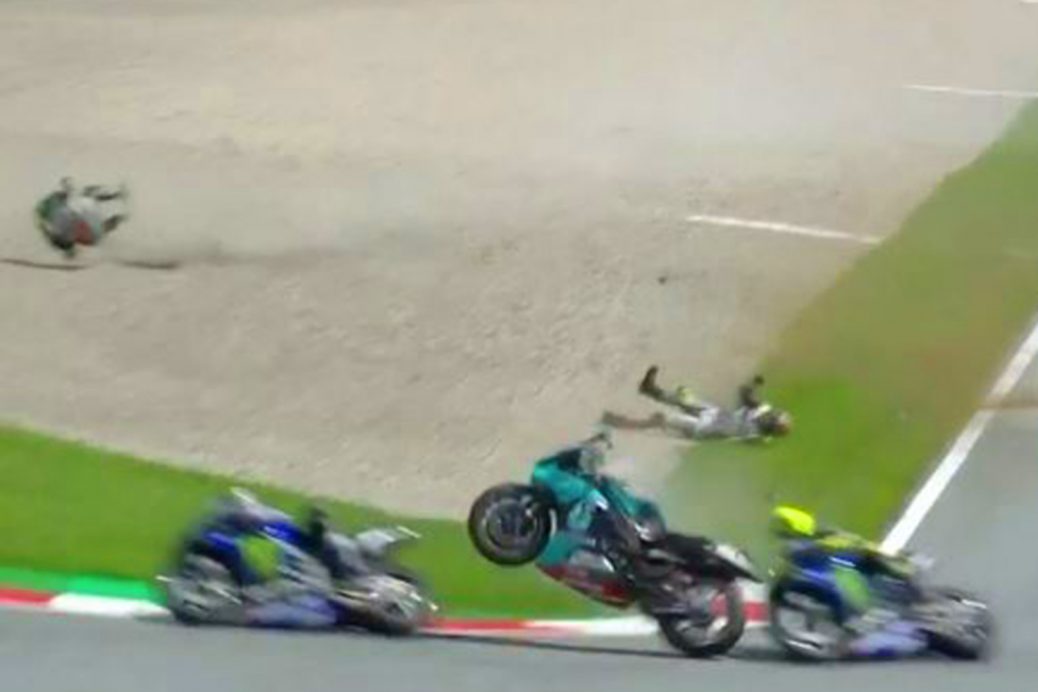 VALENTINO ROSSI has demanded MotoGP take “serious” action against Johann Zarco after the Frenchman was blamed for a nightmare 200mph crash. Rossi was left with no doubt that French rider Zarco was to blame – calling for “something serious” to be handed out to the 30-year-old. Rossi added: “Everybody is very aggressive in MotoGP, and also in the lower classes. “What I said is that also from the lower classes, you have a lot of riders who close the door in the face of the others when braking. “Zarco was very wide, and he ‘brakes in the face’ of Franco, maybe to not let Franco overtake him back in braking. “But he’s too close, and when you are at 300 km/h you have a lot of slipstream, and Franco didn’t have any chance to brake [and avoid contact].