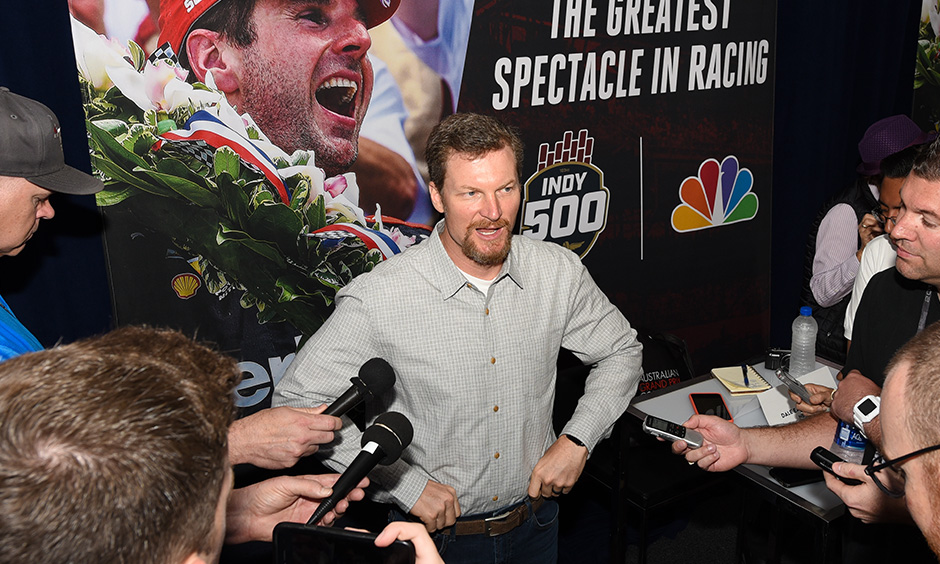 “It really does remind me of covering a Super Bowl or a Kentucky Derby, where during the week things build and you know what’s coming, but you have no idea what it’s going to be like until you see it,” Mike Tirico said in the days leading to Sunday’s race at Indianapolis Motor Speedway.
Tirico will be joined by two-time Daytona 500 champion Dale Earnhardt Jr. and eight-time Indy 500 starter Danica Patrick atop the “Peacock Pit Box.”
“It’s like walking into Disney World for the first time or anywhere else really, really cool,” said Earnhardt.
Eight races, including Sunday’s Indy 500, are on NBC, with the remainder on NBCSN.