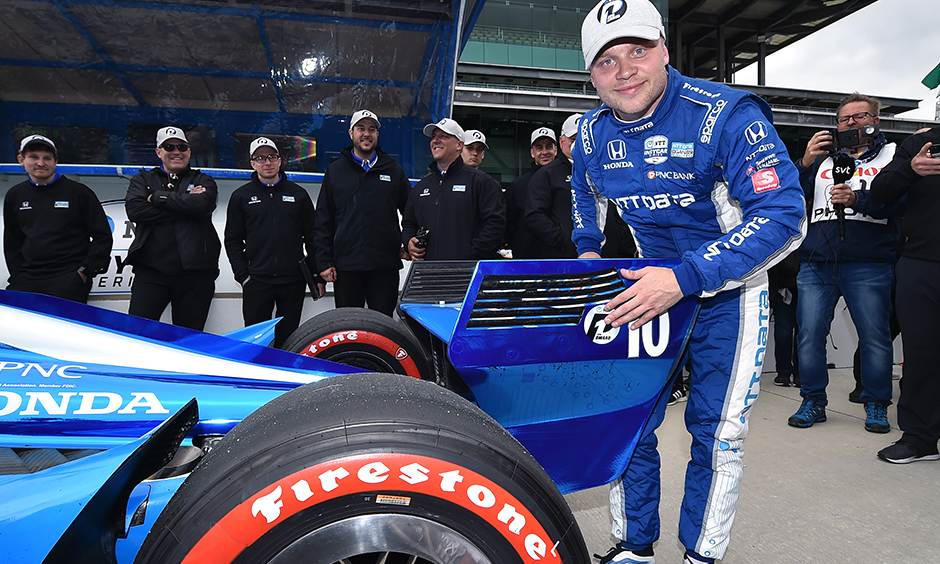 It was the Swedish rookie’s first pole position and the 90th in Indy car racing for Chip Ganassi Racing, whose five-time NTT IndyCar Series champion Scott Dixon joined Rosenqvist on the front row for the start of Saturday’s race.
But it was Rosenqvist, who has been impressive in his first four NTT IndyCar Series races, who found the most speed Friday, wheeling the No. 10 NTT DATA Chip Ganassi Racing Honda to a Firestone Fast Six lap that was just 0.0194 seconds faster than Dixon’s best.