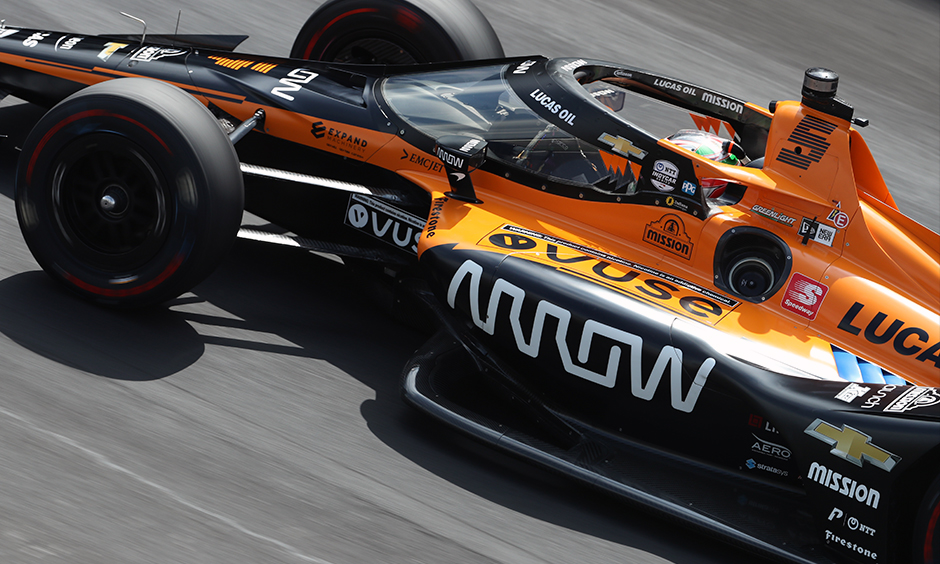 INDIANAPOLIS (Friday, Aug. 21, 2020) – Rookie Pato O’Ward turned the fastest lap of Miller Lite Carb Day practice for the 104th Indianapolis 500 presented by Gainbridge on Friday, Aug. 21, with winners of “The Greatest Spectacle in Racing” looming large in the next three spots on the speed charts. 5 Arrow McLaren SP Chevrolet during the two-hour final practice before Race Day this Sunday. “I think it’s just been really important to try and get the best car under us for Race Day,” O’Ward said. 2008 Indy 500 winner and five-time NTT INDYCAR SERIES champion Scott Dixon was second fastest on the 2.5-mile oval as teams worked on their race setups, with a best lap of 224.646 in the No. He will start third Sunday, on the front row with Dixon and pole sitter Marco Andretti. 3 Pennzoil Team Penske Chevrolet as he will try Sunday to become just the fourth four-time winner of “The Greatest Spectacle in Racing.” Castroneves will start 28th.