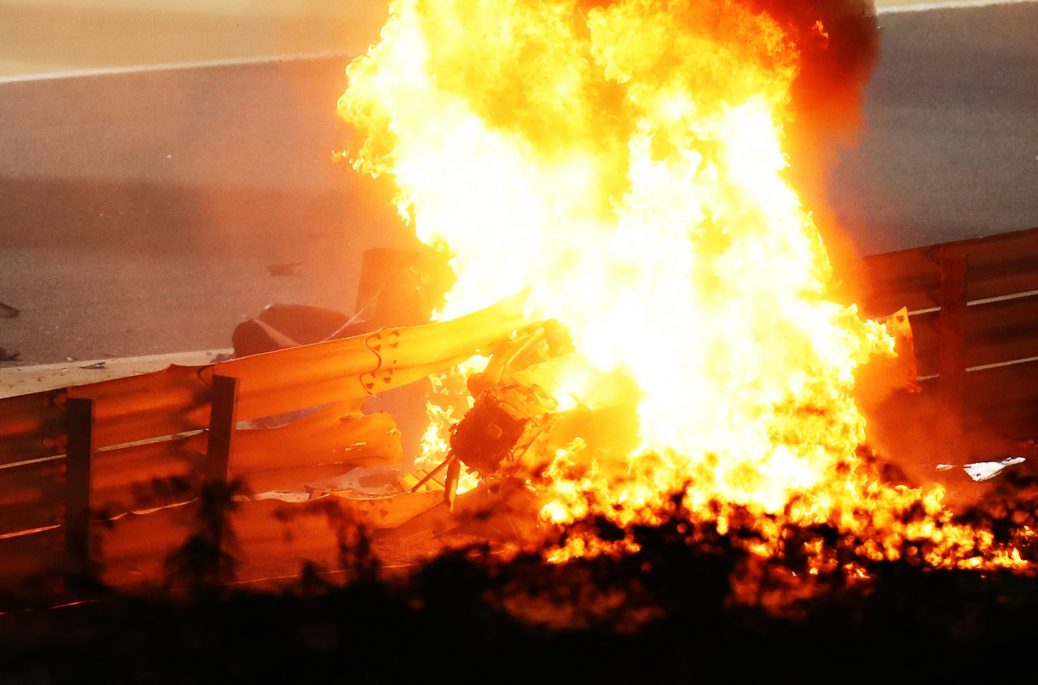 Romain Grosjean will NOT make F1 return next week in Sakhir GP after fireball crash, with Pietro Fittipaldi in for Haas

ROMAIN GROSJEAN will NOT return to the track at this weekend’s Sakhir Grand Prix after Haas called-up Brazilian youngster Pietro Fittipaldi. “Treatment on the burns Grosjean sustained on the back of both his hands is going well. “Grosjean was visited by Guenther Steiner, team principal of Haas F1 Team, on Monday and it is anticipated he will be discharged from the care of the hospital on Tuesday 1st December.”. Ahead of his hospital visit, Haas chief Steiner had suggested Grosjean could be behind the wheel in Sakhir, Bahrain, THIS weekend. Asked if Grosjean would race, Steiner said: “That is his decision. “I don’t know how he is tomorrow when the bruises come through and maybe he thinks a little bit more about it. “I don’t know what someone is thinking after a thing like this. Steiner continued: “My plan is to go and see him [on Monday], see what is really happening.