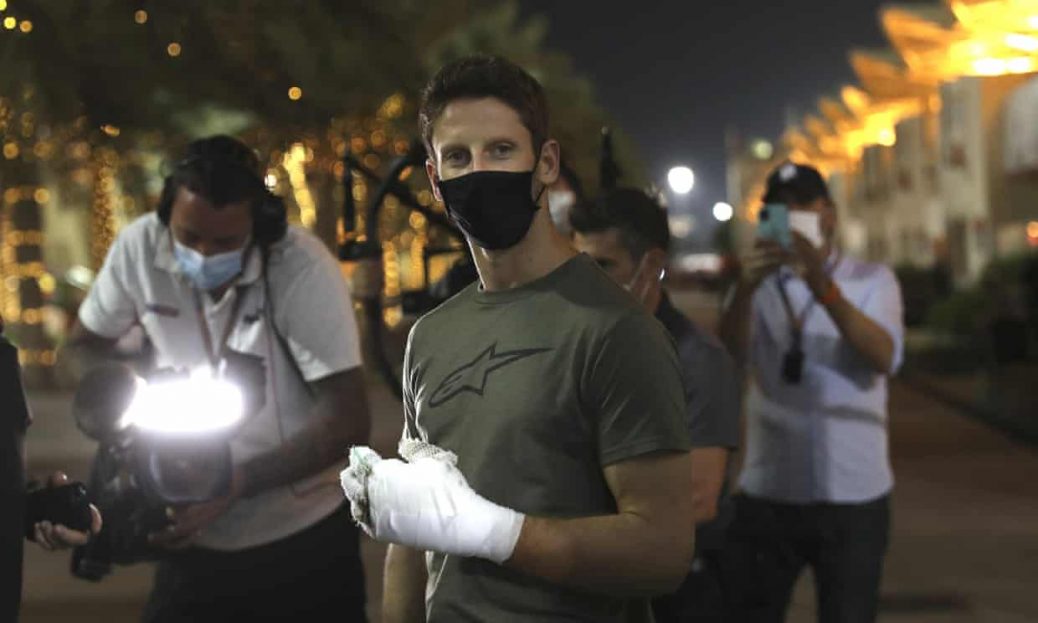 Romain Grosjean has delivered a powerful and moving account of his accident at the Bahrain Grand Prix, admitting that in the heat of the inferno that engulfed him he had made peace with the belief that he was going to die. “I had both hands in the fire at that time,” he said. Grosjean’s escape was one of the most remarkable in modern F1 history. George Russell made a stunning opening to his first drive in a competitive Formula One car, going quickest in first practice for the Sakhir Grand Prix. The British driver is standing in for Lewis Hamilton in Bahrain driving a Mercedes for the first time. The Williams is among the slowest cars on the grid and a handful to drive. “The story would be beautiful but if I don’t [make Abu Dhabi] I will call every F1 team and see if they will give me a private test in January and have 10-15 laps in the car just for me,” he said.