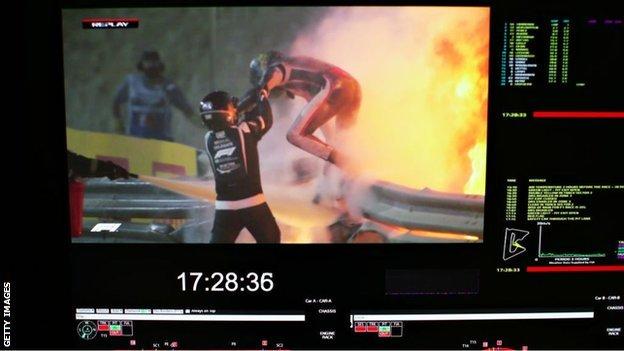 Formula 1’s governing body has launched an investigation into Romain Grosjean’s fiery accident at the Bahrain Grand Prix. The FIA said it would conduct a “detailed” analysis of the incident, in which Frenchman Grosjean’s car penetrated the barriers. It said it would be six to eight weeks before the findings were published. Without Jules’ accident, there probably wouldn’t have been a halo. I tell myself that it is not possible, that I cannot end like this. I tell myself that I haven’t tried to slip on the other side yet. “I put my hands in the fire, the gloves turn all black, I feel the pain, I know then that I am burning my hands.