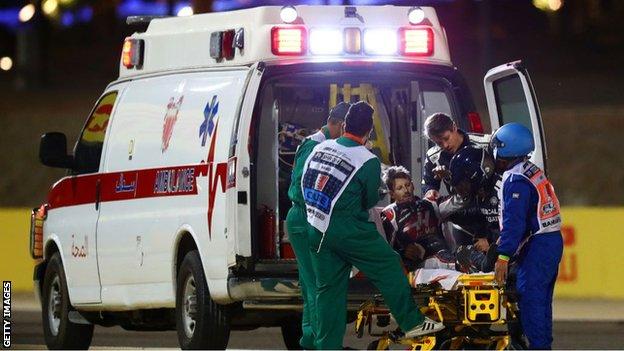 Ferrari’s Leclerc said: “I saw the crash in my mirrors, was aware straight away that it was extremely serious and I thought the worst straight away.”. And Antoine Hubert, who was killed in a Formula 2 crash at last year’s Belgian Grand Prix, was a childhood friend of Leclerc. Leclerc said in the hour before the re-start in Bahrain on Sunday he tried to put the incident out of his mind by focusing on the race ahead. “I just put myself in my bubble as I always do and tried to focus on my own thing,” the 22-year-old said. “So I was just focusing on my own race after that and trying not to think about the crash any more.”. Leclerc said he had been in touch with Grosjean following the accident.