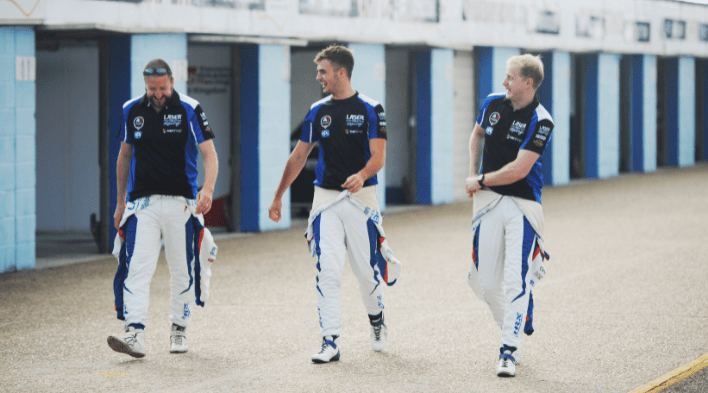 Laser Tools Racing braved a roller-coaster weekend at Thruxton in Hampshire, with a quintet of points-scoring finishes the squad’s reward during the latest rounds of the Kwik Fit British Touring Car Championship. Sutton’s ballast-laden machine took an impressive fifth at the chequered flag, while Moffat’s 16th-place finish became 18th following a post-race penalty. Firing into third during the opening tour of race two, a determined Sutton picked off the pack during race two in his #1 Infiniti. Moffat worked his way into the points during the 16-lap contest, crossing the line 13th, as Boardley once again made up places to take 21st.