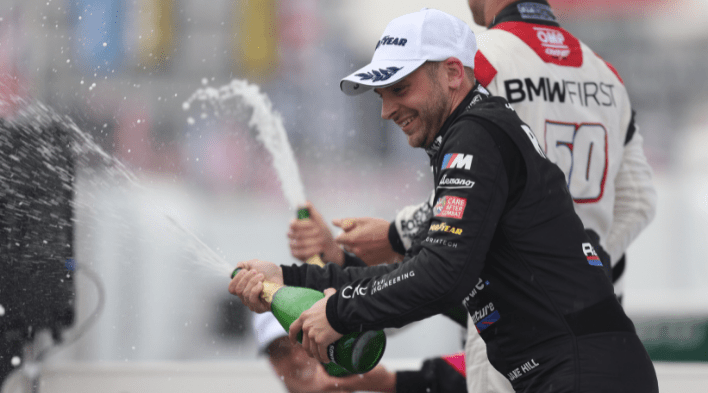 ROKiT MB Motorsport driver Jake Hill took his and the team’s second podium result of the season in tricky, damp conditions at Brands Hatch Indy last weekend (14/15 May) as the Kwik Fit British Touring Car Championship made the first of two trips to Hill’s home circuit in 2022. Lining up in sixth place for the final race of the day, a spirited Hill wasted little time in making his way to the podium places – making an impressive getaway from the line to surge past Dan Lloyd and George Gamble before the first corner. Bunched back together following a late-race safety car, Hill followed Turkington line astern to the finish to record his 20th career BTCC podium. “It’s great to be on the podium in the final race,” said Hill.