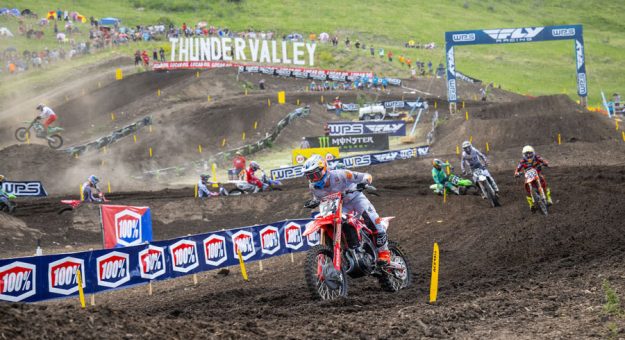 LAKEWOOD, Colo. — With over 6,000 feet of elevation to battle at Thunder Valley Motocross Park, the third round of the Lucas Oil Pro Motocross Championship provided a true challenge for the world’s best riders on Saturday afternoon. As the moto entered its final 10 minutes, the battle for second heated up between Anderson and Tomac. Once he closed onto Roczen’s rear fender, Tomac pulled the trigger on a pass and got by Roczen to take his second consecutive moto win. Anderson, Sexton and Cairoli rounded out the top five for moto one. In the second moto, Cairoli grabbed his third consecutive holeshot, but was immediately passed by Roczen in an opening lap sprint. Tomac earned a runner-up finish at his home race with a 1-3 finish, while Sexton finished third overall with a 4-2.