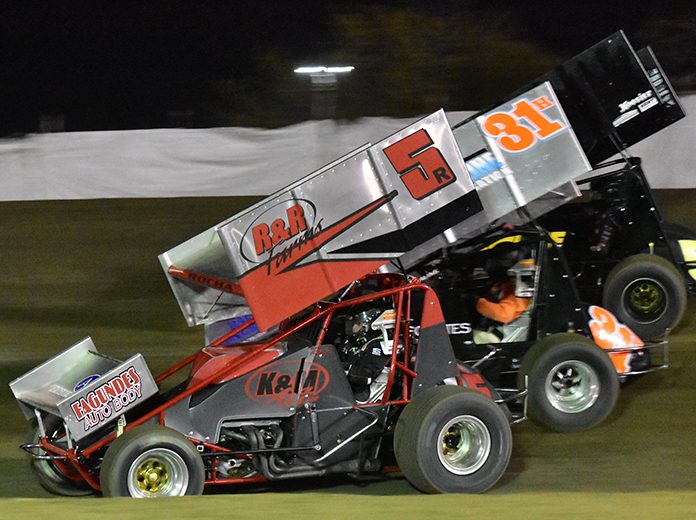 MERCED, Calif. – Ryan Rocha won the 25-lap IMCA Western RaceSaver 305 sprint car feature at Merced Speedway on Friday night. Kyle Rasmussen and Delisle brought the field to the green flag with Rasmussen taking the early advantage. Rasmussen held the point until he was passed by Grant Champlin with a fourth turn move as the two had to deal with slower traffic. The encounter sent the two cars spinning just before the entry to the third turn. Heynen stalled during his spin, but Champlin was able to keep going and by series rule was able to restart in the front spot. Rasmussen’s night was over but Champlin would pit in the work area and return to the tail of the field.