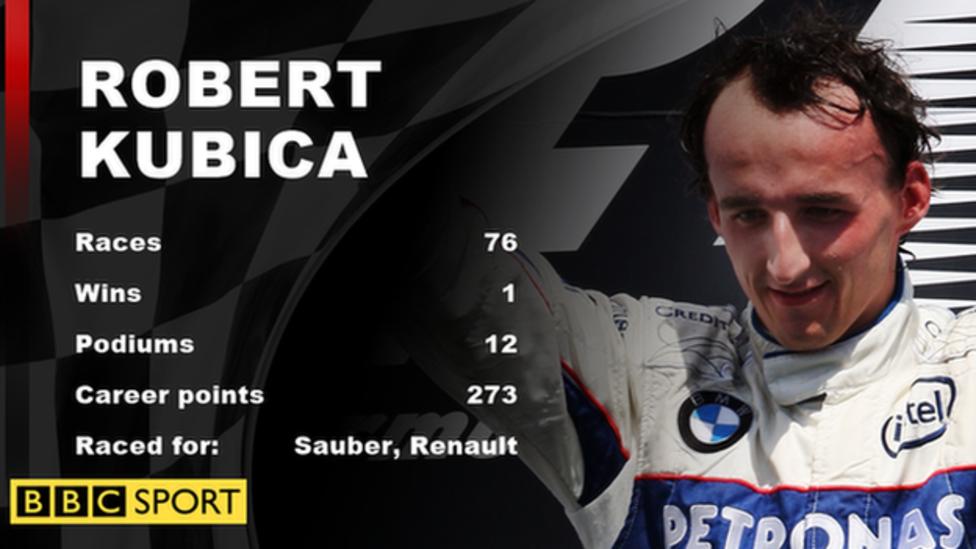 Robert Kubica is to race for Williams in 2019, completing a remarkable comeback eight years after a rally accident that nearly killed him.
After a run at the Spanish Grand Prix in May, Robert Kubica said he “could make a comeback now” if he was given the chance.
In-car footage from Kubica’s car in practice sessions this year has made it clear that he is still unable to grip the steering wheel with his right hand.
Robert Kubica: “After my accident, I discovered that to do a roundabout in the road car, you don’t have to grab the steering wheel, you can use friction to turn.”