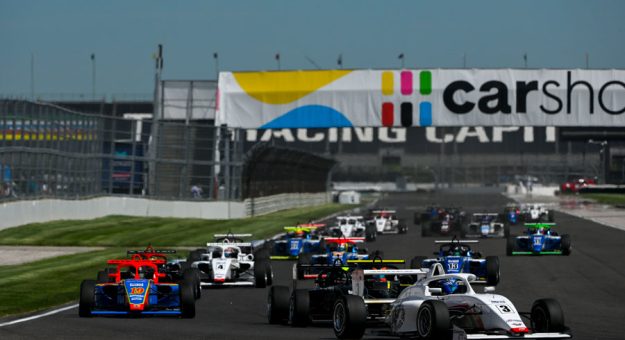 PALMETTO, Fla. — The first two steps on the Road to Indy open-wheel development ladder will venture onto an oval track for the first time this season when the traditional Carb Night Classic takes place this Friday evening, May 27, at Lucas Oil Indianapolis Raceway Park. Known as “The Race Before the 500,” both the Indy Pro 2000 Championship and the Cooper Tires USF2000 Championship will be in action on the demanding 0.686-mile oval just a few miles to the west of the famed Indianapolis Motor Speedway. I love it now – that was the most fun I’ve had with all the passing, both in practice and in the race.”. Nolan Siegel currently leads the point standings for DEForce Racing with two race wins to his credit. As this week’s race represents the first of two oval races on the calendar, the event also has a 50 percent points bonus on offer. Foster scored his maiden victory in the most recent race on the Indianapolis Grand Prix road course.