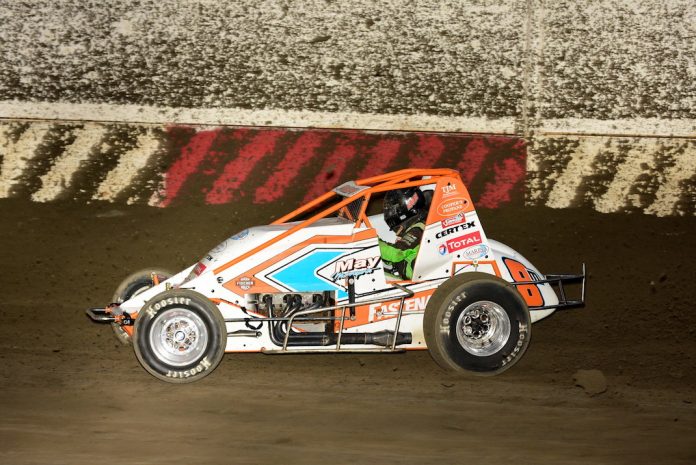 TULARE, Calif. — In dominant fashion, Brody Roa nearly swept the USAC West Coast Sprint Car event at Thunderbowl Raceway on Saturday night. 8m Fastenal / Coopers Propane Maxim, Roa gave the May Motorsports team their first $1,500 series win ahead of D.J. Roa, the 2016 champion, was the night’s Woodland Auto Display Top Qualifier, won the heat race, ran fourth in the qualifier, was the night’s Rod End Supply Hard Charger, and emerged as the new point leader. Starting on the pole position, Johnson led the first five circuits until Roa took over from sixth. Once out front, Brody set a blistering pace at the Tulare County Fairgrounds on his way to the seventh victory of his career.