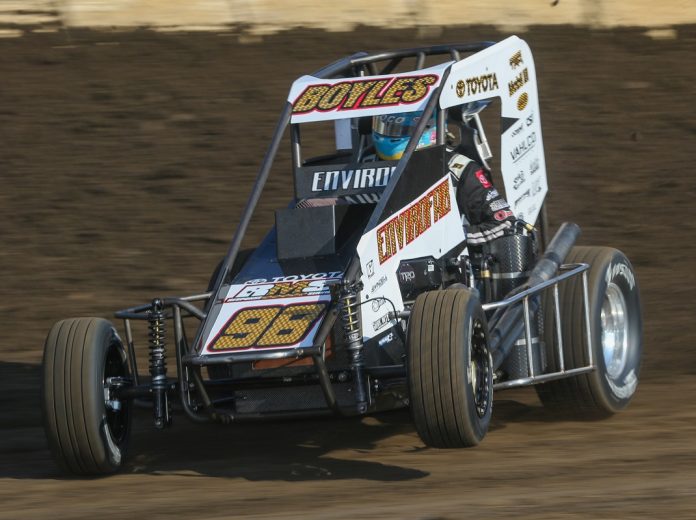 His last race for the team was the USAC NOS Energy Drink National Midget Series event at Bakersfield (Calif.) Speedway on Nov. 17, where he finished 13th in the feature. “First off, I want to say I am so thankful for the opportunity RMS Racing provided me,” Boyles wrote. “Even more than the racing, I’m thankful for the friendships I made. Boyles started 13 of 28 features this year with the USAC NOS Energy Drink National Midget Series, with one top-five and six top-10 finishes. The 24-year-old also earned one top-five and two top-10 finishes in six POWRi Lucas Oil National Midget League feature starts this season.