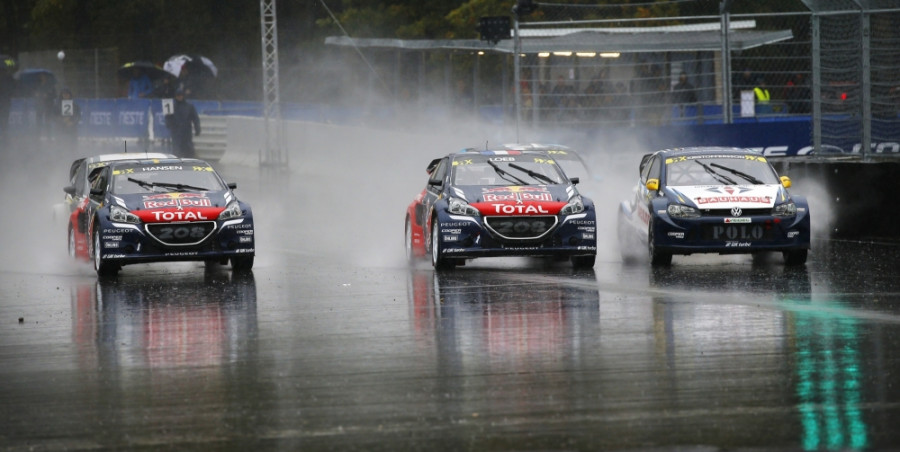 The dust is settling after the most intense week ever in the history of the FIA World Rallycross Championship, the teams and drivers are taking a breather, working on what they have learned from the first four races of the season and will be back for rounds five at six at the NESTE World RX of Riga-Latvia on September 19-20. Team Peugeot-Hansen’s Loeb didn’t manage a quickest time in the qualifiers, but he was P3 twice. Team mate, Sweden’s Timmy Hansen, was the quickest driver in Q1, but disaster struck for the team in wet conditions on Sunday morning in Q3, when Hansen aquaplaned into the braking area for turn 3 and collided with Loeb. Both Peugeot 208s spun onto the grass and were P3 (Hansen) and P5 (Loeb) after Q4. Timerzyanov’s final ended in the barrier on the outside at turn 1, and it was Loeb that took the lead.