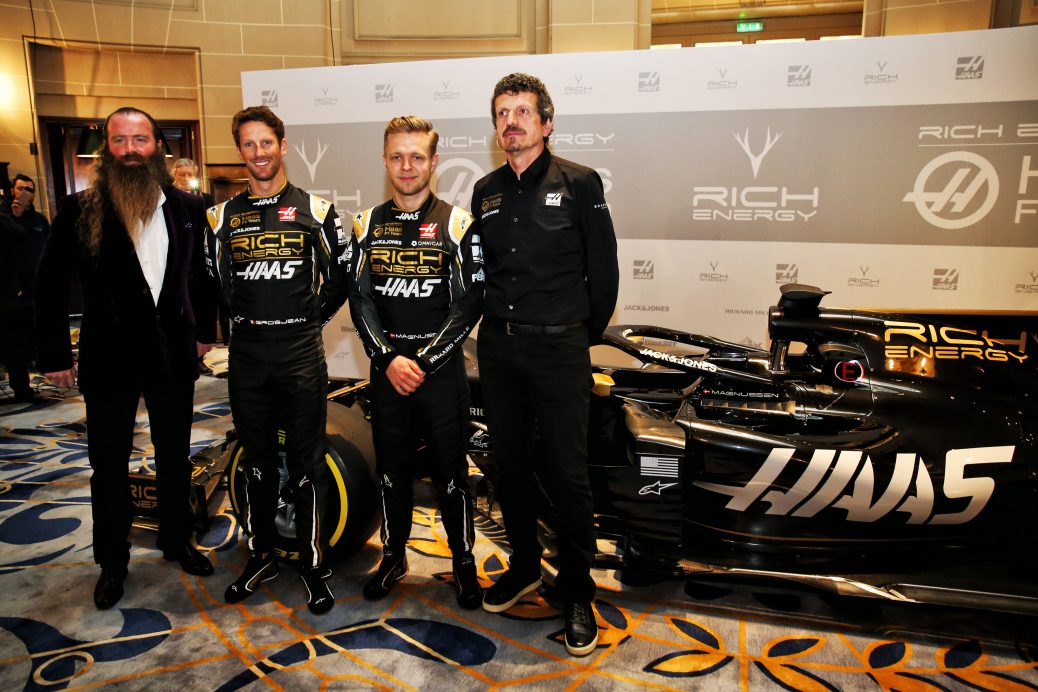 Haas’ new title sponsor Rich Energy says it chose to partner the American squad because it was “vastly superior” to its Formula 1 rivals “by every metric”.
When asked by Crash.net why it picked Haas over its rivals during a season launch event in London on Thursday, Rich Energy CEO William Storey said: “By every metric they were vastly superior.
A bullish Storey claimed Rich Energy has got the “best product and brand in the market” and set an ambitious target of beating energy drinks rival Red Bull both “on and off the track” in F1.