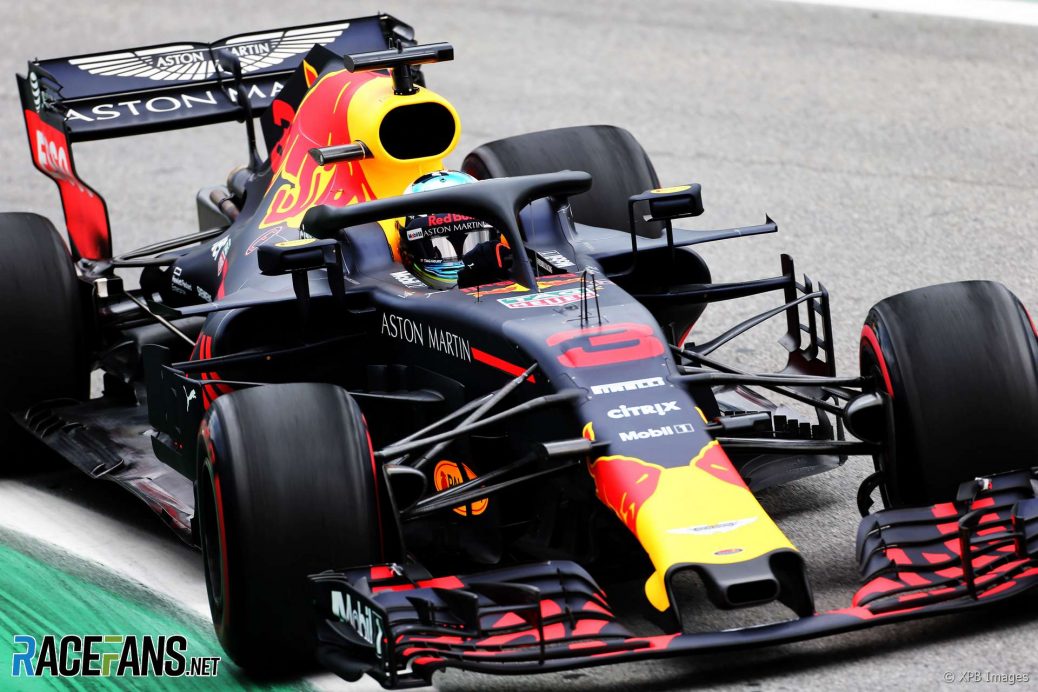 Daniel Ricciardo’s five-place grid penalty for the Brazilian Grand Prix is a consequence of how marshals handled his car when he retired from the previous race in Mexico.
Red Bull team principal Christian Horner revealed Ricciardo’s turbo had to be replaced because it was damaged by foam from a fire extinguisher when his car was recovered after he retired from the race at the Autodromo Hermanos Rodriguez.
Christian Horner: “They shot foam up the exhaust and as it solidifies in the turbo it’s terminated it.”
Christian Horner: “Hopefully on a track like this it’s actually not that big a penalty.”