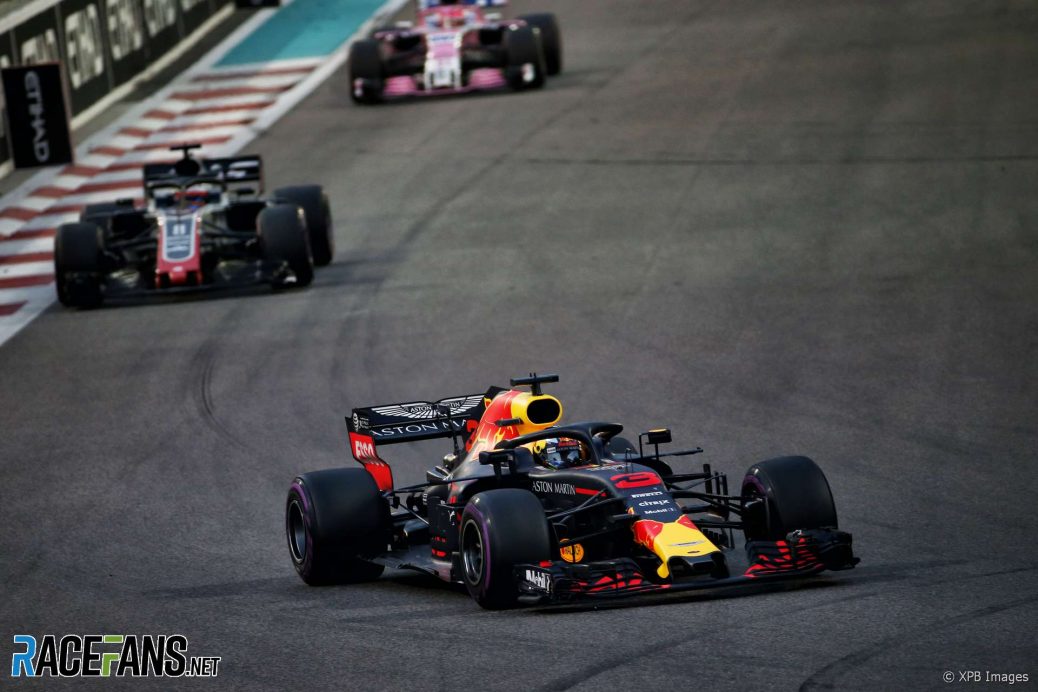 Ricciardo: We didn’t think Hamilton would be so strong at the end | 2018 Abu Dhabi Grand Prix

Daniel Ricciardo says Red Bull were caught out by Mercedes’ strategy for Lewis Hamilton and didn’t expect him to have a strong run to the end of the race after pitting early.
Ricciardo led the race after running a long opening stint but dropped out of the podium places after his pit stop, which left him behind team mate Max Verstappen.
Ricciardo said he had a “lonely” end to the race.
Daniel Ricciardo: “I think Lewis [Hamilton] pitted really early and we didn’t think that would go to the end so strongly.”