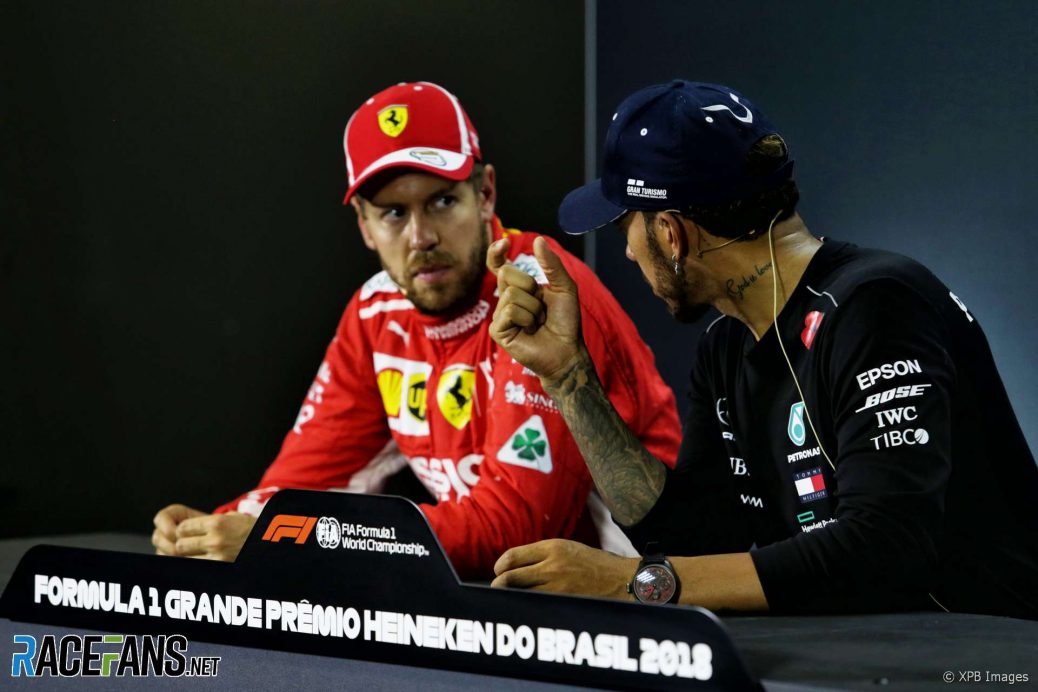 Daniel Ricciardo gave his backing to Lewis Hamilton and Sebastian Vettel who both avoided penalties for incidents during qualifying in Brazil.
Both drivers were at the end of in-laps, and Ricciardo said Hamilton could reasonably expect Sirotkin wasn’t going to try to overtake him.
Speaking before the penalty was issued, Ricciardo said he understood Vettel’s frustration at having to be weighed when he hadn’t set at time yet.
“I mean they called me in at Suzuka when I had my problem so I hadn’t set a time I had literally gone out and come back in and they called me in and I was a bit like ‘guys, why do you need me, I’ve done nothing?’”