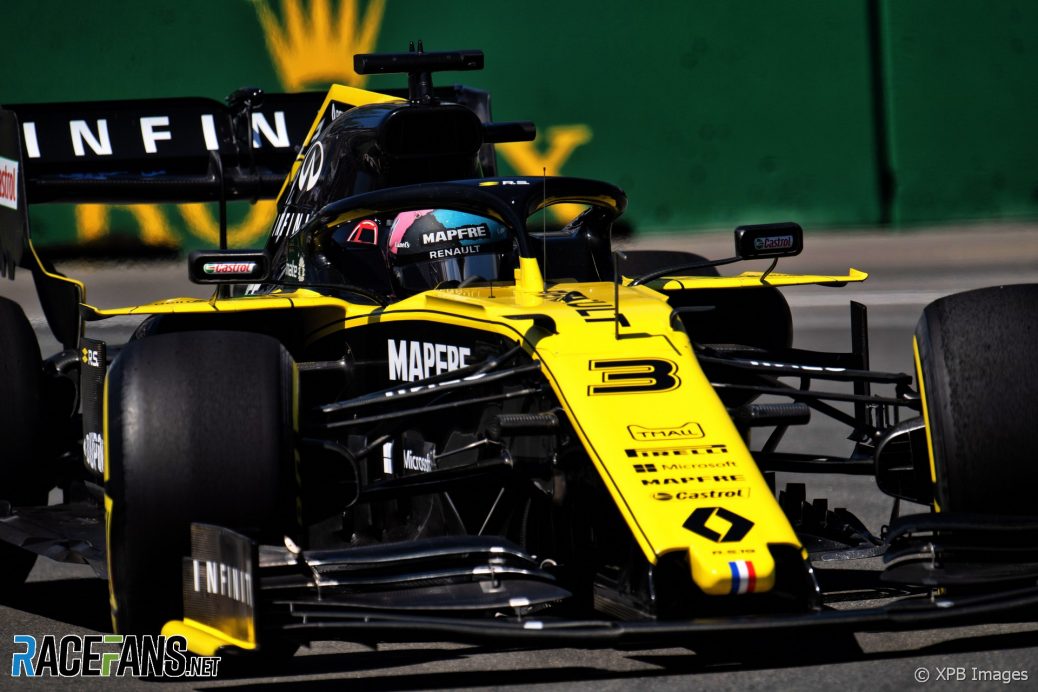 Daniel Ricciardo says he is more satisfied to have taken a place on the second row of the grid than to have beaten his former team Red Bull.
The Renault driver said his fourth place result in qualifying was “sweeter” than the knowledge Max Verstappen and Pierre Gasly will start behind him.
Daniel Ricciardo: “There’s fast chicanes, a lot of kerbs and stuff, that’s one thing we’ve been trying to make as good as the Red Bull is.”
Daniel Ricciardo: “The Red Bull was always very good on braking and kerbing and absorbing bumps.”