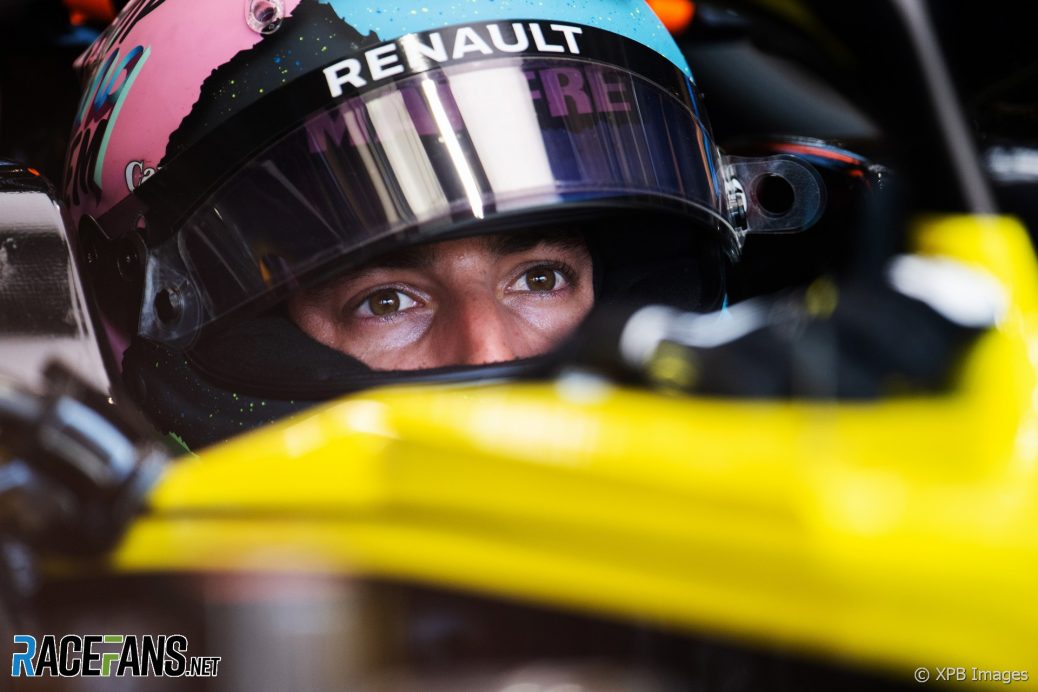 Renault’s next car upgrade must bring a bigger performance step to keep the team on target to challenge for podiums next year, says Daniel Ricciardo.
Daniel Ricciardo: “But then obviously some other races like Austria that was lower than our expectations.”
Daniel Ricciardo: “If we want to be on target for podiums in 2020 we need to start making bigger steps in the second half of the year.”
The team’s last major upgrade came at the French Grand Prix and Ricciardo says the next “proper update” won’t come “until well after the summer break.”