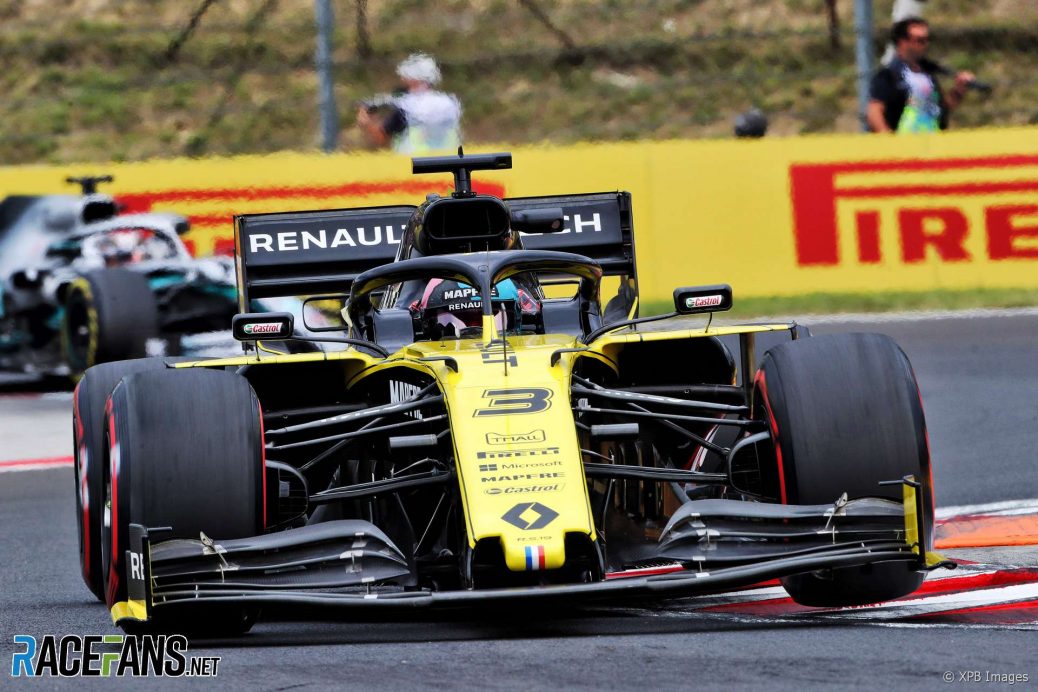 Ricciardo tried to overtake Perez around the outside of the final corner at the beginning of their final laps in Q1 after he caught a train of cars comprising Perez, Romain Grosjean and Lewis Hamilton.
Daniel Ricciardo: “I got Grosjean and I thought I could clear Perez but we were both side-by-side in the last corner.”
Daniel Ricciardo: “But obviously when some people just start to go, I saw Grosjean was trying to go with Perez and I want to get in it as well.”
Ricciardo said the situation was more frustrating because he believes his car was quick enough to reach Q3.