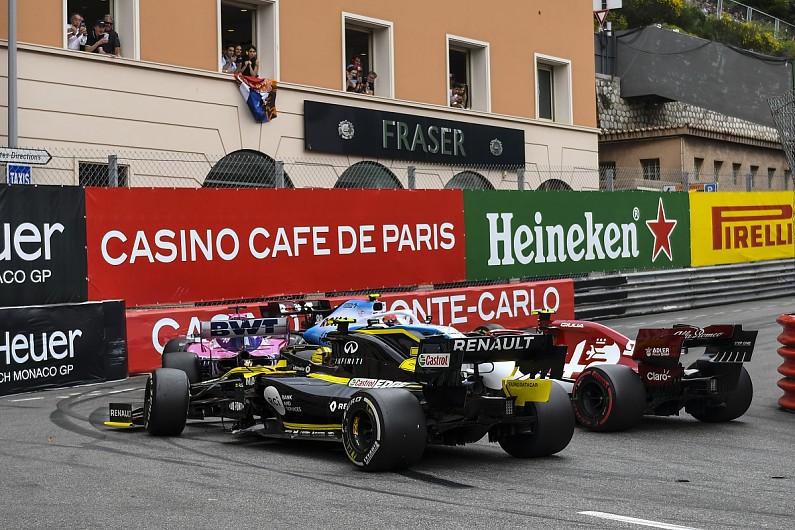 Ricciardo: Renault can’t afford to repeat mistakes made in Monaco

Daniel Ricciardo says the Renault Formula 1 team “can’t make these mistakes” after a poor strategy call meant he tumbled down the order at the 2019 Monaco Grand Prix.
Ricciardo ended up in a group of cars that were held up by Lando Norris, which allowed the McLaren driver’s team-mate Carlos Sainz to open a big enough gap to pit without losing sixth position.
Ricciardo’s team-mate Nico Hulkenberg ran in 11th at the end of the first lap, but he also lost out when he had to stop just before the safety car came out after picking up a puncture in a clash with Ferrari’s Charles Leclerc.