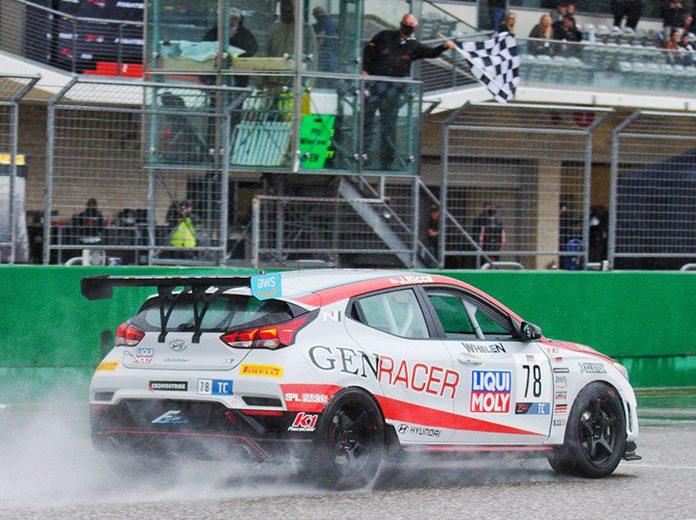 AUSTIN, Texas – After an hour-long rain delay postponed the start of the TC America race, it was TC-classed machinery that was able to take advantage of the wet track and claim the overall victory Saturday at Circuit of The Americas. On the second green flag lap Eric Powell, who started third in the TC class, would get the No. Ricca, who started 15th overall, would slot into third overall, second in TC, just ahead of the pole-sitting Federl. With 21 minutes remaining, Powell would then slip past Ruud at turn five and claim the overall and TC-class lead. Ricca would pounce on Ruud half a lap later and grab second overall and in class. 26 Classic BMW would get past Federl for fourth overall, third in TC and start to close on Ruud for third overall. The race would get back to green with just less than six minutes to go with Ricca leading overall and in TC, Ruud leading TCX and sitting third overall and Caleb Bacon in TCA, 11th overall.