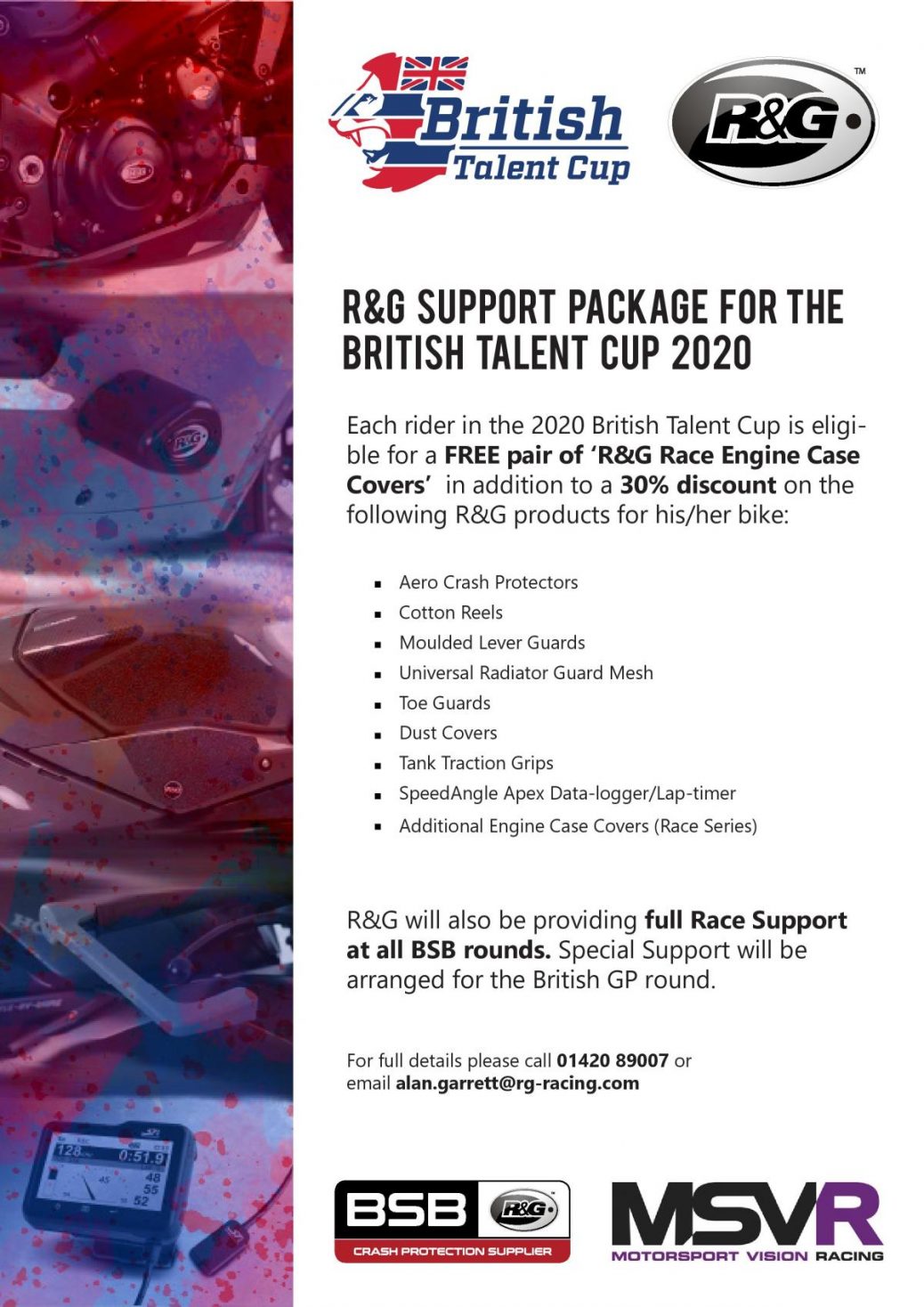 R&G are very proud to announce a partnership with all-new 2020 British Talent Cup, providing each entrant with a set of race spec Engine Case Covers (‘race’ type).
Replacing the Motostar series, the British Talent Cup will become the sole British Moto3™ class in 2020; acting as the breeding ground for the next two-wheeled talent in the country.
Alongside that, the British Talent Cup will also race alongside the British Grand Prix at Silverstone in August.
R&G will once again be providing Race Support service directly from the paddock at all twelve rounds of the 2020 BSB series and for more information on how to claim your Engine Case Covers, get in touch with Alan Garrett on alan.garrett@rg-racing.com.