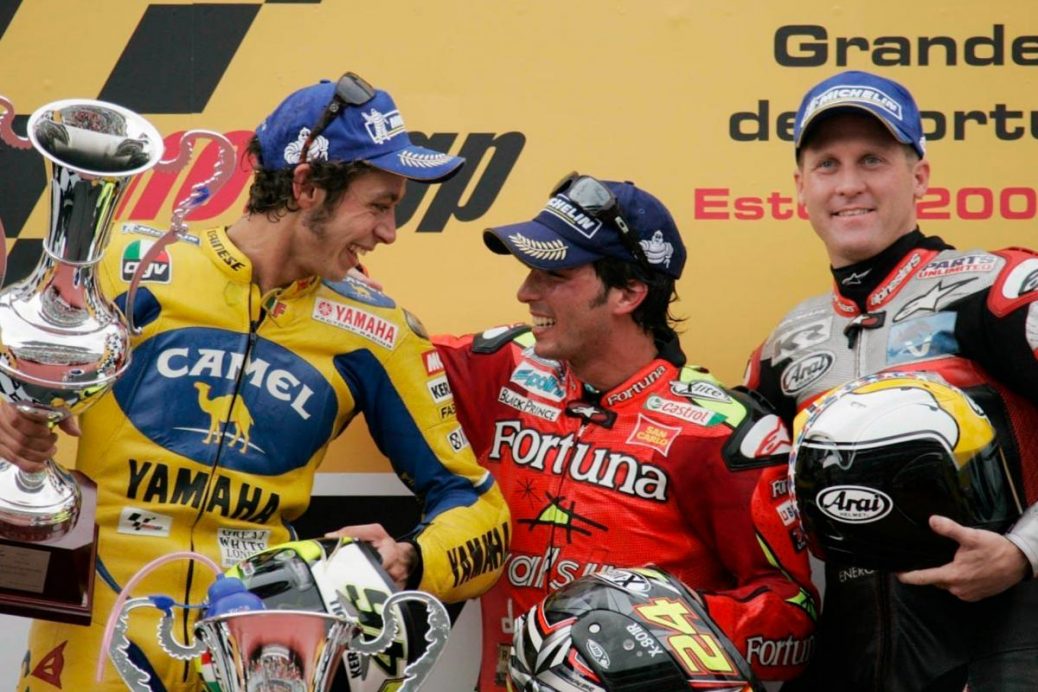 Almost 15 years ago, Cabo da Roca set the scene for one of the most thrilling races in MotoGP™ history, one which contained heartbreak and delirium in equal measures at the Portuguese Grand Prix. Pedrosa’s error handed Rossi the opportunity to open up a 13-point lead in the standings. All of a sudden, the Championship was Rossi’s to lose. Elias began chiselling away at Rossi’s lead while Kenny Roberts Jr had made his way through the field to fourth from his P13 start. Elias took the lead, with Rossi relegated to third, but only momentarily as the Champion battled back for P2, leaving Roberts Jr in third, where he would finish the race, in what would ultimately be his final ever podium in a storied MotoGP™ career. The lead exchanged hands three times in the final chicane of the race for Rossi to get back in front with two corners to go.