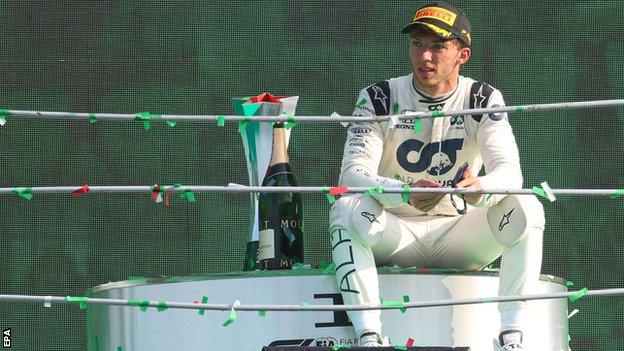 Reverse-grid races would reduce Formula 1 to a wrestling-style “show”, Mercedes Formula 1 boss Toto Wolff says. F1 managing director Ross Brawn wants to try replacing qualifying with races started in reverse championship order. But Wolff added: “No-one wants a winner started from a reverse grid. “If you want to do random, let’s make it a show, but the core DNA of the sport is being an entertainment platform. Mercedes blocked Brawn’s plans to try out reverse-grid qualifying races at a handful of races this season, but last week’s Italian Grand Prix result has given F1 fresh impetus. He had hoped that Wolff might acquiesce to the plan at races later this year if Hamilton ties up the championship early.