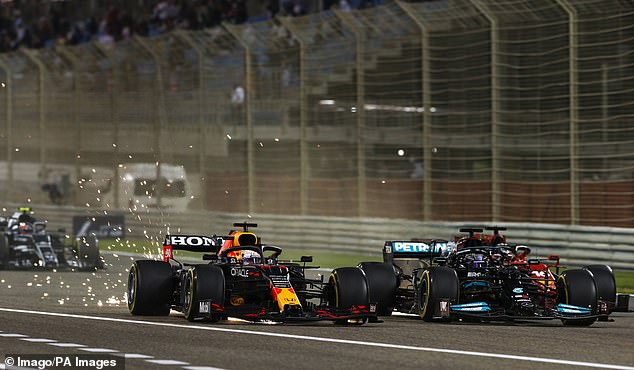 Max Verstappen was heard audibly in pain before shouting out expletives following his first-lap crash with Lewis Hamilton at the British Grand Prix. There was no love lost between the title rivals after Hamilton claimed the victory, with both appearing to blame each other for the turn nine crash, which Hamilton was also handed a 10-second penalty for. Reflecting from his viewpoint, Hamilton said: ‘I have been giving my all this week. As far as I’m concerned, full blame is on Hamilton for that incident, he should never have been in that position. very bad… Sir Lewis Hamilton’ before adding a gorilla emoji, while another message used monkey emojis.