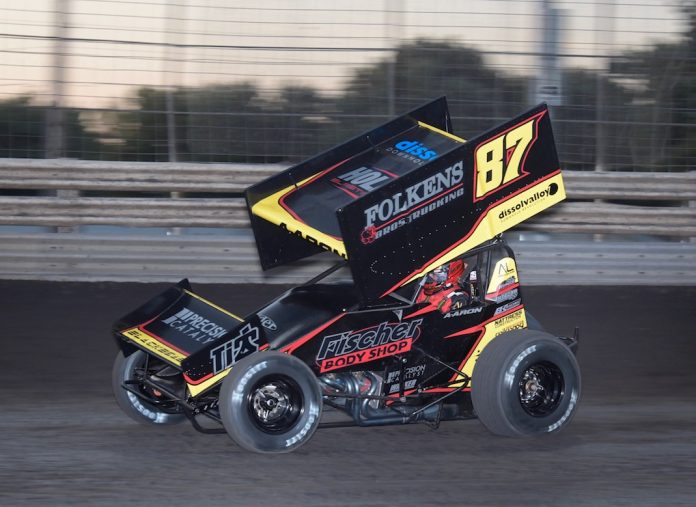 KNOXVILLE, Iowa — Aaron Reutzel claimed his second feature victory of the year at Knoxville Raceway Saturday on Jersey Freeze/Dennison Racing Tees Christmas in July Night. 5 into the early lead in the 20-lap 410 feature with Austin McCarl and Reutzel in tow. McCarl was fast on the cushion and circled the leader to take the point on lap two. When things washed out, Reutzel led Madsen and McCarl on lap four. McCarl was able to wrestle second from Madsen, but the latter battled back to reclaim the spot a lap later. McCarl would again get by on lap seven, while Brian Brown took fourth from Gio Scelzi. Reutzel could not be stopped, however, winning by over three seconds, ahead of Scelzi, McCarl, Madsen and Abreu. Lap Leaders: I. Madsen 1, A. McCarl 2-3, Reutzel 4-20.