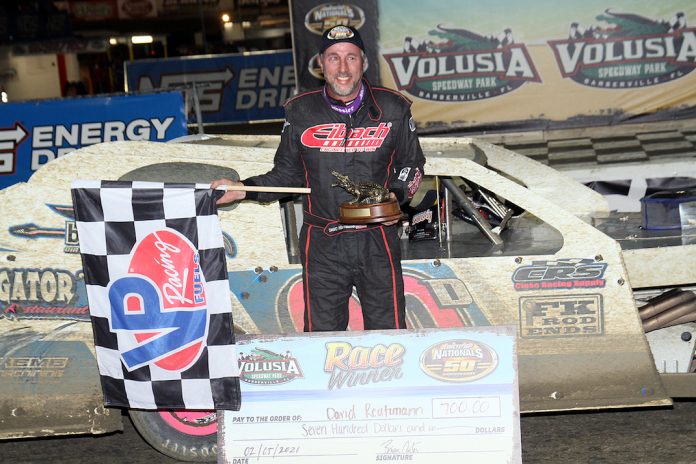 BARBERVILLE, Fla. — Five separate DIRTcar UMP Modified features raced, four first-time winners went to Volusia Speedway Park victory lane on Friday night. Night four of the 50th DIRTcar Nationals was all about appreciation for each and every one of the 96 UMP Modified drivers signed-in for competition; everyone got to form-up in the four-wide salute to the fans and race a 15-lap feature for $700-to-win. David Reutimann’s first DIRTcar Nationals victory came on Friday last year in the quad-feature night, setting the stage for his second act as Friday night’s only repeat winner of the five features contested. “We’re not in the race we need to be in, but it’s a far cry from dropping out nine laps into the feature because we were terrible last night,” Reutimann said. “I only got one gear and it was to go,” Logano said.