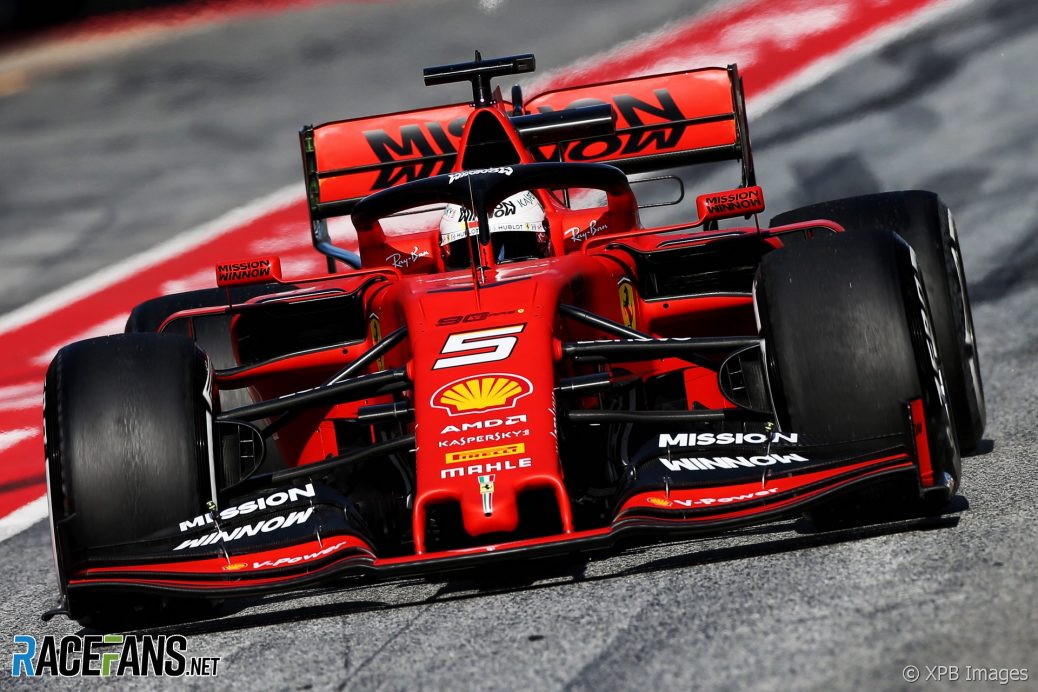 New rules introduced for the 2019 F1 season has forced teams to simplify their front wing designs in order to reduce the ‘outwashing’ effect which makes it harder for cars to follow each other closely.
Vettel isn’t the only driver to criticise the look of the cars – Max Verstappen said last year he wasn’t happy with the aesthetics of the new front wings.
But Vettel gave a positive verdict on the handling of his car following the aerodynamic changes.
“I think for everyone you know the question is how much you lost compared to last year.”