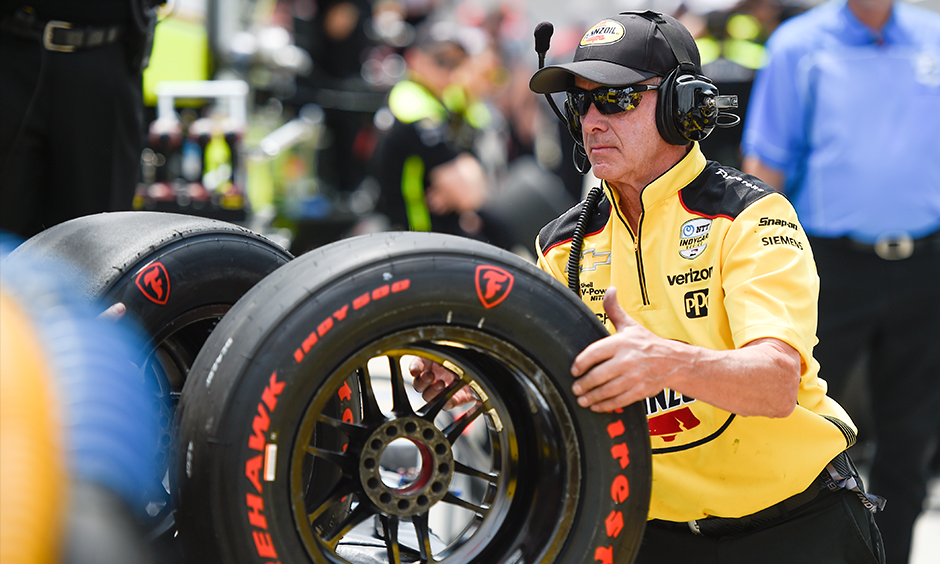 Retired or not, Rinaman back for more Penske magic at Indy

Rinaman, 68, former chief mechanic for Helio Castroneves, returned again last week as part of the crew for Castroneves’ car for the 103rd Indianapolis 500 presented by Gainbridge.
When asked how many winning Indy 500 crews he has been part of, Rinaman ticked off eight with five drivers – Castroneves, Emerson Fittipaldi, Rick Mears, Al Unser and Will Power – including four as a crew chief and four as a mechanic.
Rinaman’s career in racing includes time with legends like Dan Gurney, Paul Newman and Ayrton Senna, who tested an Indy car for Penske in 1992 and insisted that Fittipaldi’s seat, which didn’t fit Senna, would be fine.