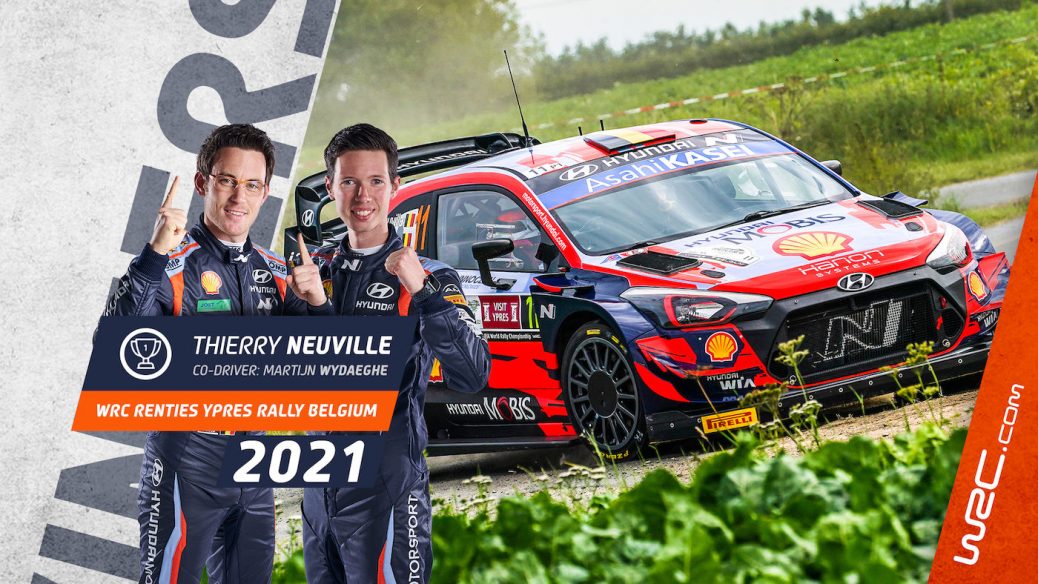 Thierry Neuville clinched his first victory of the FIA World Rally Championship season on home roads at Renties Ypres Rally Belgium on Sunday afternoon. Neuville’s winning margin was 30.7sec and marked a first WRC win for co-driver Martijn Wydaeghe. The success revitalised Neuville’s title challenge, promoting him into a tie for second in the championship standings with Elfyn Evans. After finish of the final speed test at Spa, Neuville celebrated victory at Belgium’s first WRC round with a series of donuts before saying: “We had a lot of pressure coming here but I felt quite comfortable all the weekend and I could rely on my team and my car. “It was a pleasure for me to give this first win to Martijn here in Belgium.