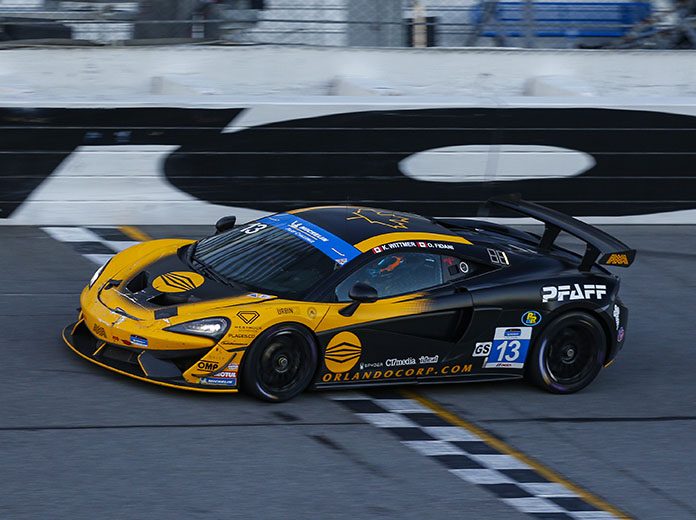 DAYTONA BEACH, Fla. – The last thing a leading driver wants to see is a yellow flag late in the race. The restart helped Wittmer stay ahead of three battling BMWs to win with co-driver Orey Fidani in the No. The key to getting the edge, Wittmer said, was getting the McLaren in the right place to throttle up. “Every car has a sweet spot as to where you want to accelerate,” Wittmer said. With 11 minutes, 30 seconds left, a full-course caution erased Wittmer’s lead. “The only way you can win these races is by spending the least amount of time in the pit lane,” Wittmer said. Auberlen eventually finished second, 1.169 seconds behind Wittmer, for a runner-up finish with Dillon Machavern in the No.