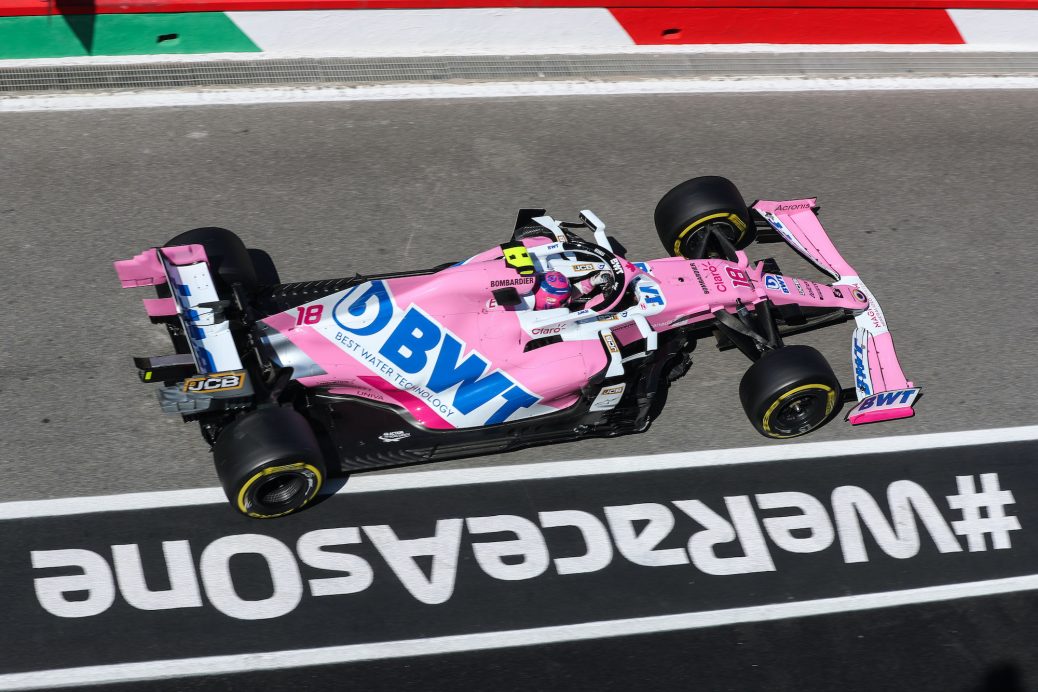 Report: Checo and Lance in top 10 for Tuscan GP

Checo and Lance took on the keenly anticipated challenge of Formula 1 Qualifying at the high-speed Mugello circuit and were unlucky not to qualify higher than P6 and P7!. Lance took the upgraded RP20 to P4 at the end of the session after lapping in 1.17.112. The first run proved crucial to making Q3, with few improvements coming in the final minutes. Checo’s 1.16.489 lap time secured P9, while Lance’s 1.16.271 shot him up to P6 and meant both cars were into Q3. Checo qualified in P6 thanks to his lap of 1.16.311, ahead of Lance in P7 (1.16.356). “Lance was able to run the car upgrade today, which is looking positive, so that’s a good sign for the coming races. I think we could have qualified in P4 or P5 without the yellow flag on the final runs in Q3. “Lance was unlucky on his final run in Q3 to be disadvantaged by the yellow flags for Ocon and had to abort the lap.