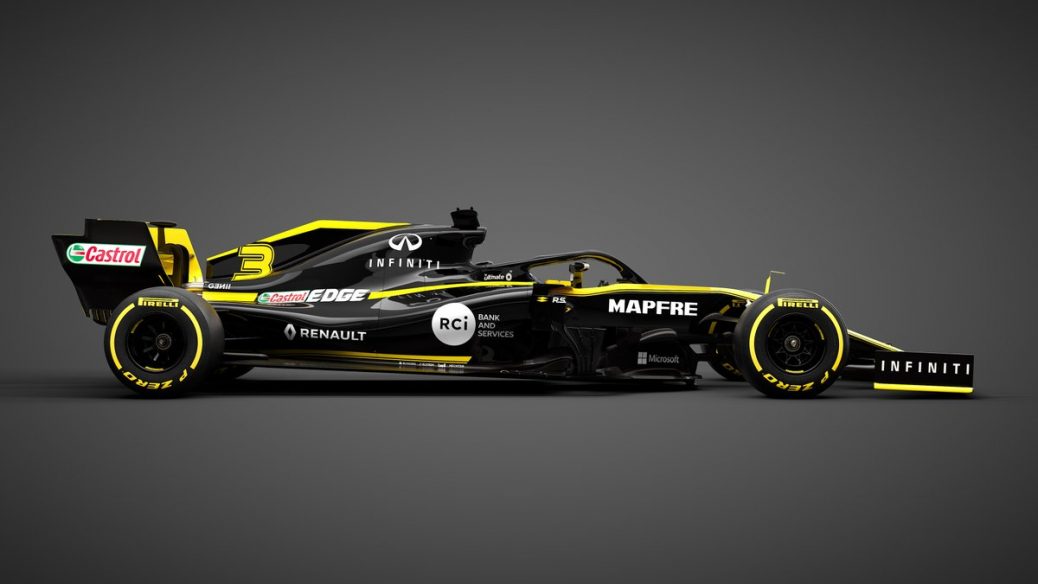 Renault becomes the fourth F1 team to unveil its new car for the upcoming 2019 season.
Renault has revealed its new Formula 1 car, the R.S.19, ahead of the 2019 season.
Renault claimed its best result since returning to F1 as a fully-fledged factory outfit by securing fourth place in the 2018 constructors’ championship, finishing behind only Mercedes, Ferrari and Red Bull.
Renault has created an entirely new car design – barring its power steering system – for the upcoming campaign, including developing a brand new power unit in a renewed push for performance gains as it looks to follow its year-on-year improvements since taking over from the Lotus squad in 2016.