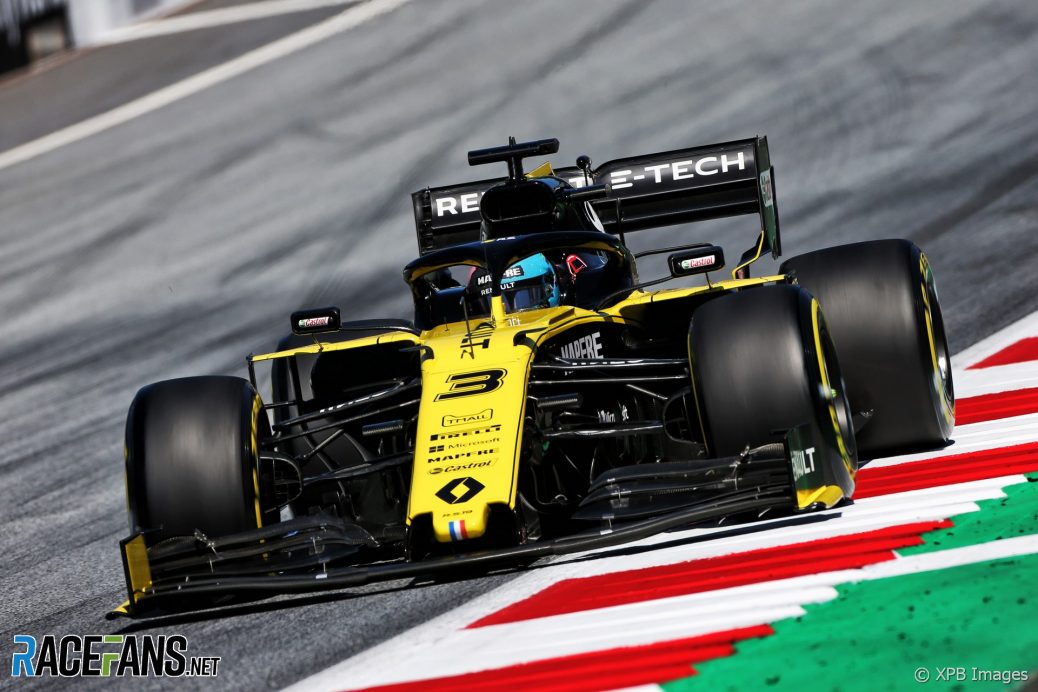 The Renault drivers says they are struggling with a lack of rear grip in their car at the Red Bull Ring.
“Today was a bit of a special day because we were really lacking some low-speed performance,” said Hulkenberg.
Hulkenberg: “Hence we elected to do another low-fuel run.”
Hulkenberg: “It compromised our high-fuel running a bit trying to get more out of the car.”
Ricciardo said “more rear grip” is the main problem the team needs to work on after he and Hulkenberg found little improvement from their cars over the two sessions.