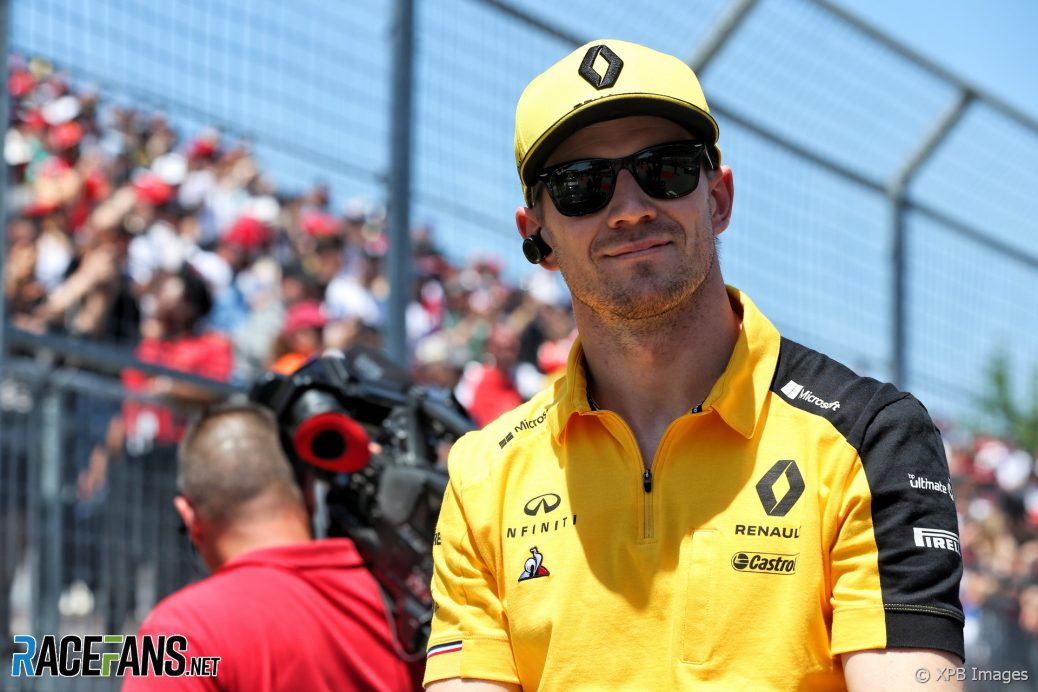 Nico Hulkenberg has said he is “pretty optimistic” about upgrades Renault will bring to their home Grand Prix at Paul Ricard, saying the team’s results don’t reflect the car’s performance so far this year.
“We had a troubled start to the season and we need to keep this sort of thing going, hopefully take this momentum into the Renault home Grand Prix”.
Hulkenberg said that although the top three teams remained ahead of Renault’s potential pace, beating one of the Red Bull cars on track was a positive development and that he would expect more performance at the French Grand Prix courtesy a new upgrade package.