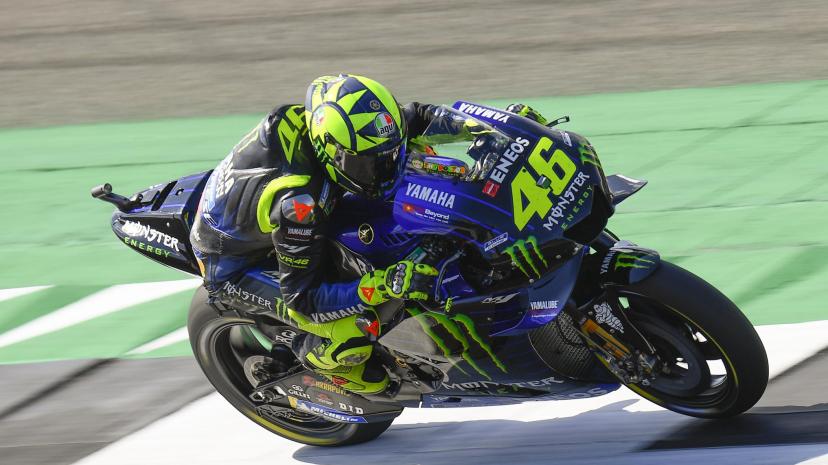 At the ninth attempt of asking since the Americas GP, nine-time World Champion Valentino Rossi finally returned his Monster Energy Yamaha MotoGP machine on the front row of the grid thanks to a fine Saturday display at Silverstone.
Having his first Q2 flying lap chalked off for exceeding track limits, Rossi was under the cosh to bring the heat on his second run.
No matter, the Yamaha man will take P2 all day long and he looks set to challenge for another Silverstone victory.