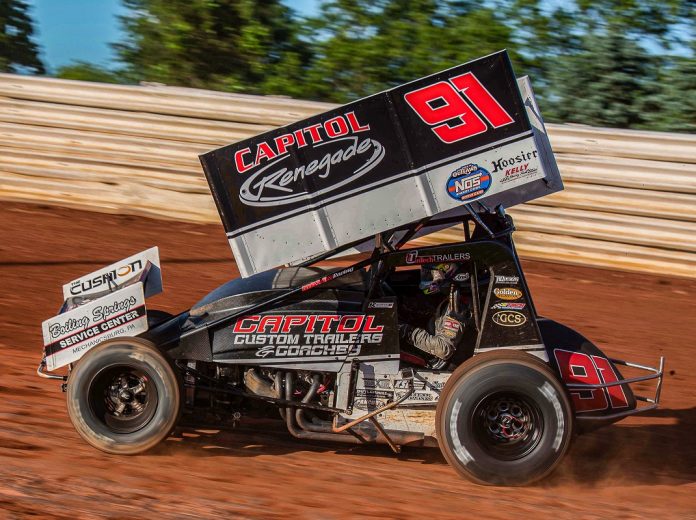 Reinhardt Set To Hit The Road With The All Stars

NEW OXFORD, Pa. – Last April, Kyle Reinhardt left his engineering job in New Jersey and moved to Central Pennsylvania to chase his dream of racing a sprint car full time. “There is a lot of money to be won, but at the end of the day I’ve been working to get on the road since I’ve been racing sprint cars,” Reinhardt said. “I know what I’m capable of and I just question my ability to set my own car up because I question it the whole time I’m racing, you know what I mean?” Reinhardt said. In fact, those were the only on-track incidents Reinhardt was involved in all season. “It was so busy, we never really had a chance to fix it,” Reinhardt said. “I think that’s going to be the biggest thing,” Reinhardt said.