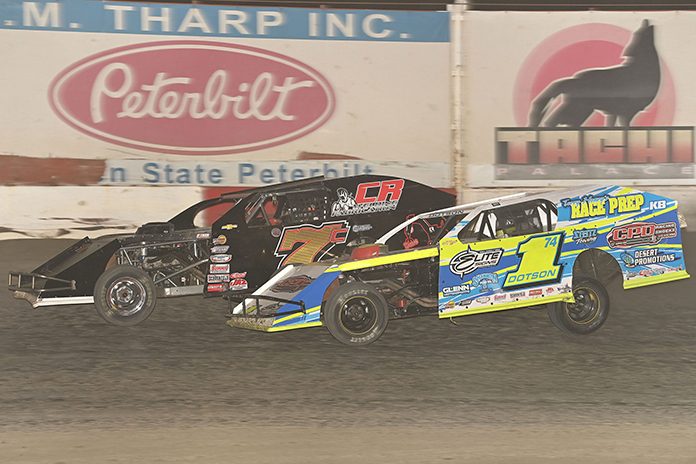 TULARE, Calif. – Clint Reichenbach picked up his second-straight IMCA modified victory on night two of California IMCA Speedway Saturday night at Thunderbowl Raceway. Reichenbach and Robby Sawyer started the 25-lap IMCA modified feature by battling for the top spot. Reichenbach would outduel Sawyer for first as the green flag run developed. It happened just as Ethan Dotson was mounting an attempt to overtake Reichenbach. The race would stay green, and Reichenbach would stay in the race lead the rest of the distance. The second time the green was displayed it would be a dogfight for the lead. When the cars got back up to speed, Nation managed to keep all challengers in check. As the green flag run developed, Nation would put some distance between himself and Jernagan.