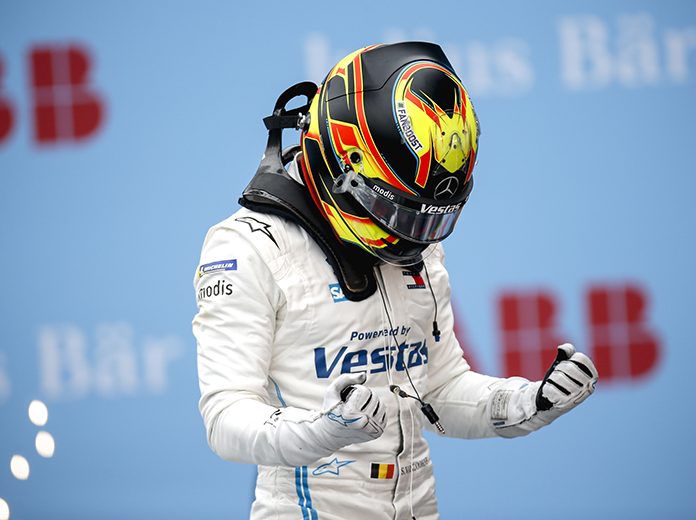 Redemption In Rome For Stoffel Vandoorne

ROME – Mercedes-EQ’s Stoffel Vandoorne launched himself into the Formula E championship mix with the race win during Sunday’s second race of the Rome E-Prix after another frantic encounter at Circuito Cittadino dell’EUR. Three laps in and the Kiwi set about battling back, moving past both Sam Bird and Sebastien Buemi for ninth while race leader Nato had Pascal Wehrlein’s Porsche all over his rear diffuser. Five minutes later as the race went green once again and Sims caught Wehrlein napping to steal second spot with Vandoorne scampering five seconds clear of the pair – the Belgian using his advantage to use Attack Mode number two. Five minutes later, he jumped by Rowland for seventh in that tricky turn seven braking zone, though in any case, the Brit was slapped with a 10 second penalty for that earlier move on Cassidy. The podium positions didn’t change, with Vandoorne leading Sims and Wehrlein. That was, until lap 17 when Nato slipped up the inside of Wehrlein for a provisional podium. Sims followed second just .6 seconds back with Nato taking a first Formula E podium on track.