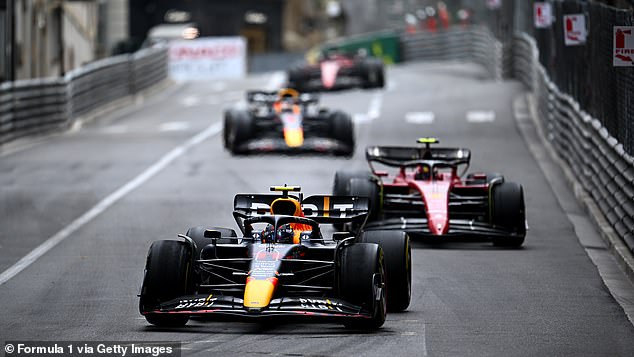 Sergio Perez won a stop-start, rain-hit, crash-punctuated Monaco Grand Prix on a day Ferrari and Charles Leclerc would rather forget. Sainz radio: “Try to put pressure on him [Sergio Perez]. Perez leads, ahead of Sainz, and Verstappen has moved ahead of Leclerc in third. Leclerc has over a five-second lead up front with Sainz 2.1 ahead of Perez and Verstappen 1.5 back from the Mexican. The red flags are out and it could be a while until this one gets underway. It’s barely spitting with rain but it looks like we could be starting behind a safety car. The formation lap is due to start at 2.09pm with the teams expecting heavy rain. Charles Leclerc starts on pole with the race due to get underway at 2pm.