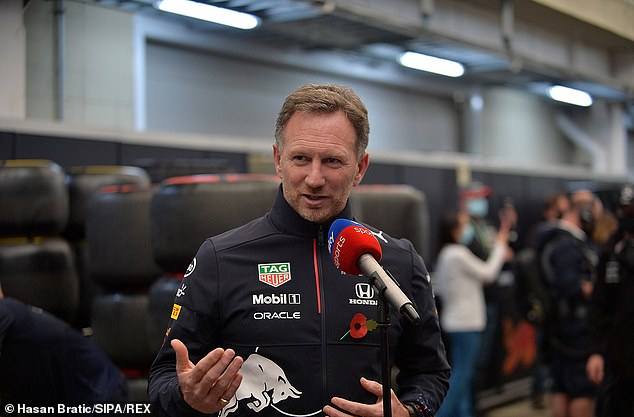 Red Bull want answers over whether Lewis Hamilton’s ‘unraceable’ Mercedes is LEGAL – and want to know ‘where his speed has come from’, after Max Verstappen revealed his ‘suspicions’ over title rival

Red Bull are still looking to seek clarification over the legality of title rivals Mercedes’ rear wing following an enthralling Sao Paulo Grand Prix in Brazil. Hamilton started the race from tenth due to a five-place grid penalty handed to him at the start of the weekend for changing an engine. But with a legal rear wing and help of a brand new engine, Hamilton was still able to come through the field and take a memorable victory. Red Bull however have concerns over the Mercedes rear wing flexing – which led to Verstappen inspecting Hamilton’s car after qualifying on Friday. Verstappen admitted after the sprint race on Saturday that he still had ‘suspicions’ over his title rivals.